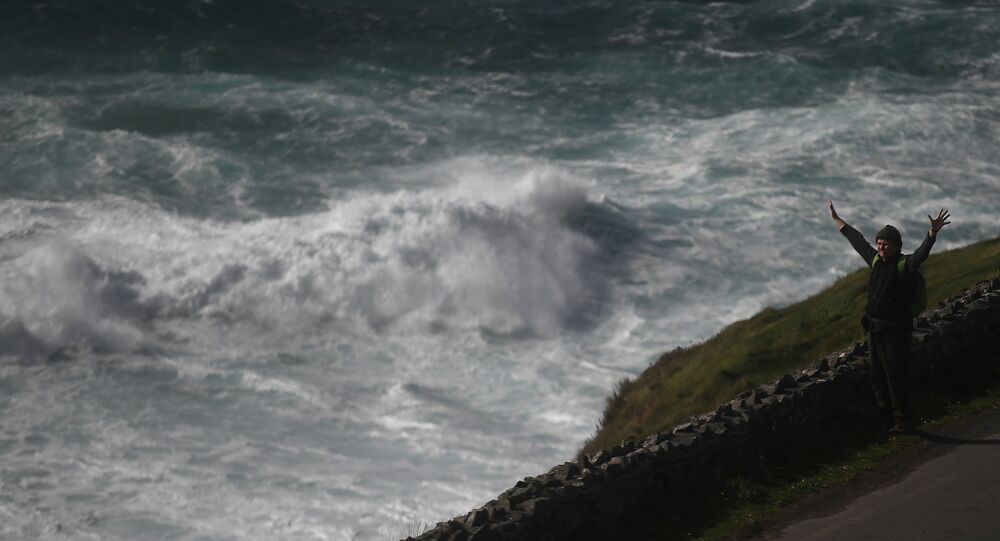 Weather maps show powerful 80 mph (129 km/h) winds slamming into the UK and the Republic of Ireland, with Storm Ali crashing down on Ireland as well as Scotland and northern England.

Starting Wednesday morning, the storm made its way inland in the northern UK. According to the BBC, around 55,000 homes and businesses in Ireland have been left without power.

#StormAli will bring some damaging winds today. This is likely to cause travel disruption, damage to trees and buildings as well a danger to life from large waves at the coast. Stayed tuned to the #forecasts and #warnings today #weatheraware pic.twitter.com/pPcFk3CGOy

Just a slight but of rain and wind in Scotland #StormAli pic.twitter.com/EHlWwYiQXG

​Storm Ali became the first storm powerful enough to have a name in this season. The storm came after the remnants of the US Storm Helene – part of Hurricane Helene. Warnings have been issued throughout the UK and Ireland, advising caution due to the extremely windy weather. The wind along the coast reached a speed of 102 mph.

Stormy conditions along the north coast today as #StormAli moves across. Footage by Niall Doherty. pic.twitter.com/UrStdRxJbe

Two people were reported dead, one was blown off a cliff in her trailer while another victim was crushed by a fallen roof. About 172,000 houses lost power and the storm disrupted the railway and air services. A Ryanair passenger jet had to abort its landing procedure at Dublin Airport due to high winds. Another 75 flights were cancelled and ten others diverted.

Schools in Scotland and Wales were closed because of the weather conditions. Dumfries and Galloway Virtual Operations Support Team told parents to pick their children up from school in cars, as the strong winds made it dangerous to walk home. "We will continue to keep you updated however it is likely that, in order to keep pupils safe, we will not be allowing children to walk home from school at the end of the school day," they said.

Meteorologist Bonnie Diamond told BBC that Met Office expects the storm to continue on Thursday, expecting “widespread heavy and persistent rain which looks set to change to sunshine and showers on Friday.” The storm itself is expected to settle down only by Saturday.