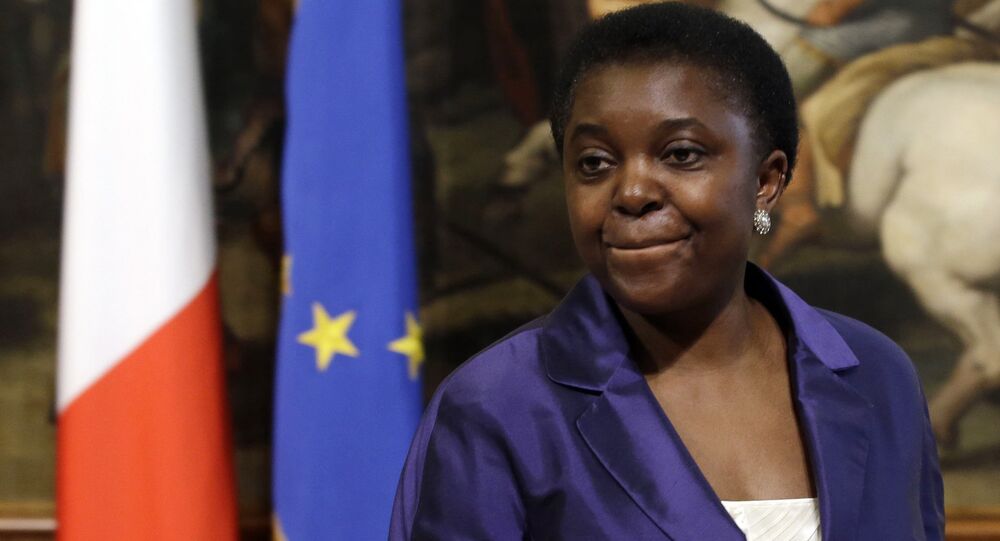 The trial is expected to turn into a political showdown between African-born Italian politician Cecile Kyenge, who has accused the Lega Party of making repeated racist comments, and party leader and Deputy Prime Minister Matteo Salvini, who insists that racism is in no way connected to his party's platform or policy.

Kyenge turned down her own legal immunity as a member of the European Parliament to face the charges brought forward by the party. The trial, she said, should help Italians "to open their eyes, stand up and…not let these things go unnoticed."

The trial will take place in Piacenza, northern Italy, and concerns comments made by Kyenge about Lega in a 2014 interview, in which she accused regional Lega party secretary Fabio Rainieri of racism after he posed a photo spread on social media comparing her to an orangutan.

After being summoned, Kyenge, who served as Italy's integration minister between 2013 and 2014, turned to Facebook, asking users to 'judge for themselves' whether her comments about the party being racist were warranted. The post was accompanied by statements made by Lega leaders, including the aforementioned orangutan comparison as well as proposal for separate public transport for immigrants.

This is the third attempt by Lega to open a case against Kyenge. If found guilty, the politician will be fined. The black politician is pursuing her own case against about a dozen politicians over alleged racism and verbal attacks. Lega politicians have been known to make insulting slurs against her. In 2013, Lega MEP Mario Borghezio said that the administration of Prime Minister Enrico Letta had become the "bongo-bongo government" after Kyenge's appointment. Borghezio was fined 50,000 euros for the statement in 2017.

Claudia Eccher, a lawyer helping to represent the Lega Party in the case, said the party has a "critical attitude toward those who generalize and call the party racist."

"Racism is not part of the [Lega's] foundations and Matteo Salvini is very clear on this," Eccher said.

© Sputnik / Andrey Stenin
Italy Faults France for Gaddafi's Downfall and Migrant Crisis
Kyenge disagrees with this position. "I said publicly several times that the Lega must distance itself from racism and condemn and penalize it. They not only never did this, but people convicted of racist acts are still in positions of authority. If Lega doesn't distance itself it must mean that the party shares [these] views," the politician said.

The MEP added she "never had an answer from" Salvini on the use of racism as a "political weapon."

Salvini, who became Italy's deputy prime minister and minister of the interior in June after Lega formed a coalition government with the Five Star Movement, has repeatedly denied claims that his party was racist, saying that the party's issue is with illegal immigration, not race.

The defamation case is expected to be ruled on by 2021 at the latest.

'Euro Was a Bankrupt Project From the Start' – Italian Economist