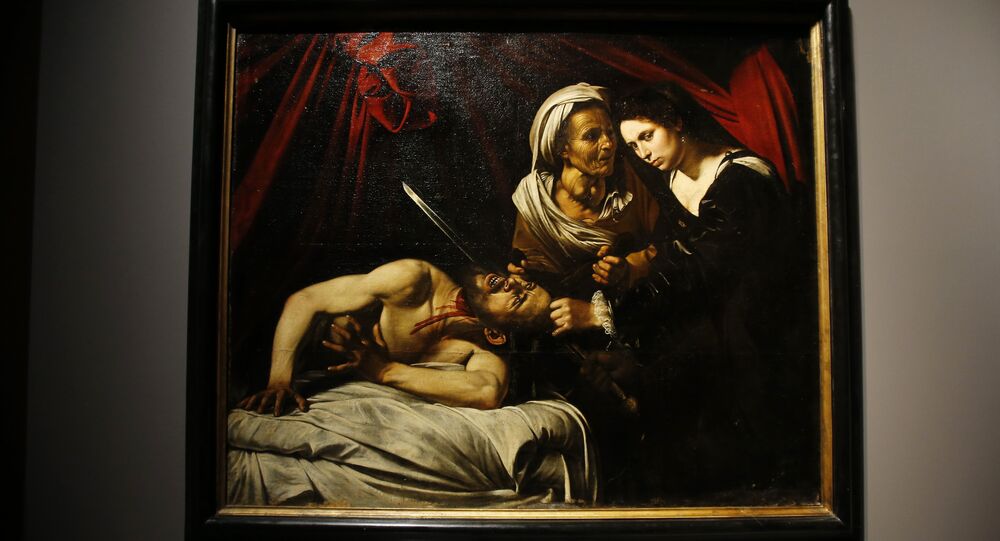 The discovery was made by a group of scientists from a Marseille university, who were studying human remains that matched Caravaggio's description.

Italian Baroque painter Caravaggio, who died in 1610 at the age of 38, succumbed to sepsis caused by the bacterium Staphylococcus aureus, researchers from the Marseille-based University Hospital Institute (IHU) revealed this week.

"Thanks to cooperation with Italian anthropologists and microbiologist Giuseppe Cornaglia, the IHU team has retrieved several teeth from Caravaggio's skeleton," the university said in a statement, as cited by AFP.

The researchers examined remains in a cemetery where the mercurial painter had been buried. One of the skeletons matched all the criteria: height, age and time, and also demonstrated high levels of lead, which proved it was Caravaggio who was known to have used lead-based paints.

The researchers "identified the killer" by combining two DNA detection methods and dental analysis. They have published their findings in the journal The Lancet Infectious Diseases.

Michelangelo Merisi Caravaggio, an influential painter who was known to have had a tumultuous life, fled Rome in 1606 after killing local pimp Ranuccio Tomassoni in a street fight. The circumstances of the murder remain mysterious; some researchers believe the reason was a woman, others contend the painter killed the man over an unpaid debt. Anyway, Caravaggio died four years later in Tuscany with signs of a malignant fever and sepsis.

Earlier, scientists had speculated that the artist had died fighting off assassins or was fatally poisoned by lead, a toxic metal used in oil paints during the Middle Ages.