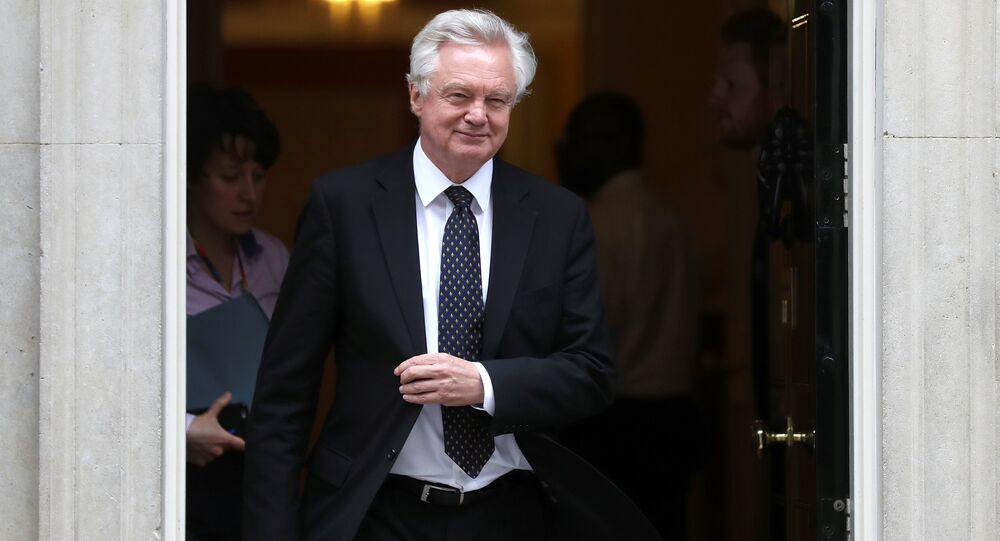 The former cabinet minister also warned that Theresa May is likely to be forced to “reset” her Brexit stance if she wants to secure a deal with Brussels.

Ex-Brexit Secretary David Davis has said he doubts that UK Prime Minister Theresa May’s Chequers plan will get passed parliament, urging her to stop attempting to use it as the base of a trade deal with the EU.

Speaking on BBC Radio 5‘s Today show on Wednesday, Davis stressed the importance of May quickly adjusting her stance to avert a no-deal Brexit and the associated adverse economic consequences Britain is likely to face as a result.

"The time when the decision has got to be taken are going to November, when it is really threatening. Everybody is afraid of no deal, then there will be a point at which it will be possible to reset… there will be other deals on the table at that point."

Specifically, Davis called on PM May to “reset” talks back to Donald Tusk’s offer of a free trade agreement.

Moreover, he suggested that Brussels might soften its negotiating stance on certain key sticking points in exchange, though the bloc is likely to “pile on extra requests”, explaining that German Chancellor Angela Merkel wants the UK to suffer to discourage other member states from pulling out of the union.

© REUTERS / Toby Melville/File Photo
'Businesses Are Worried': UK Cabinet Resignations Add to Brexit Uncertainty & Concern – Tandem Bank COO
Despite this, he insisted that Britain does maintain some negotiating power, describing the UK’s multi-billion pound settlement to the EU as a "negotiating lever."

Davis resigned from his cabinet position earlier this year in protest of May’s Chequers plan, accusing her of giving too much away. Boris Johnson, then-foreign secretary, also resigned shortly after the Chequers summit, while several other Tory politicians voiced opposition to May’s Brexit strategy.