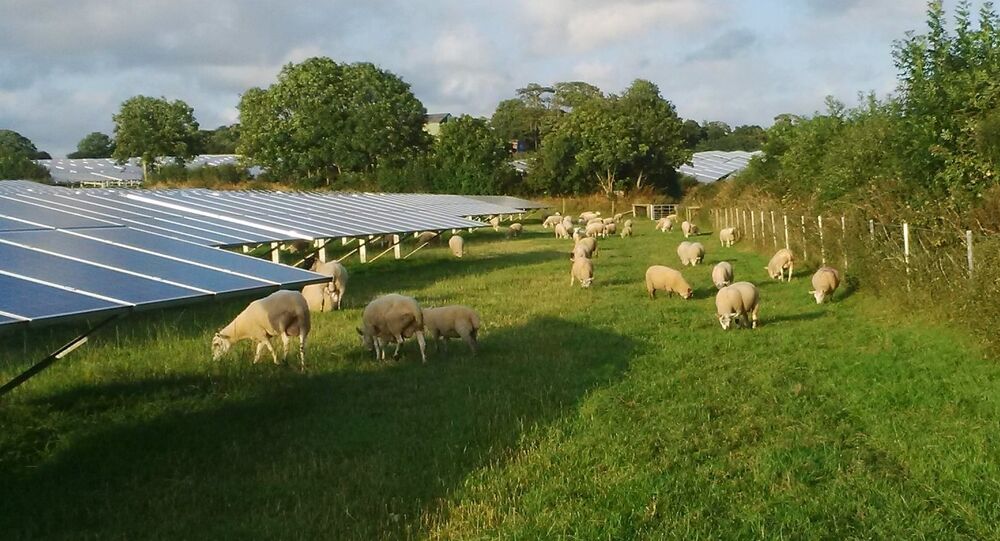 MOSCOW (Sputnik) - A support scheme, backed with 3 million pounds ($3.95 million) of funding, was launched in the United Kingdom on Tuesday for farmers in order to help them reduce harmful emissions, the country's Department for Environment, Food and Rural Affairs said in a statement.

According to the statement, published on the UK government's official website, the Department for Environment, Food and Rural Affairs and two UK public bodies — Environmental Agency and Natural England — are launching a program called Catchment Sensitive Farming, under which funds will be provided to an expert team that will help local farmers reduce harmful emissions of ammonia gas.

"The UK loses £138m of nitrogen per year from ammonia emissions, so by taking action to reduce them, farmers can get more value from their manure and fertilizer and save money," Catchment Sensitive Farming Programme Manager Bob Middleton said, as quoted on the UK government's website.

Since 88 percent of all ammonia emissions threatening the UK environment come from farming, farmers and landowners will also receive advice on ways to reduce emissions in a new guidance video, the statement added.

The UK government attaches great importance to the environment, and the new support scheme is just the most recent example of the measures taken to protect it, along with the Agriculture Bill that was introduced to the UK Parliament on September 12. The bill envisages rewarding farmers for their efforts in protecting the air, water and soil.