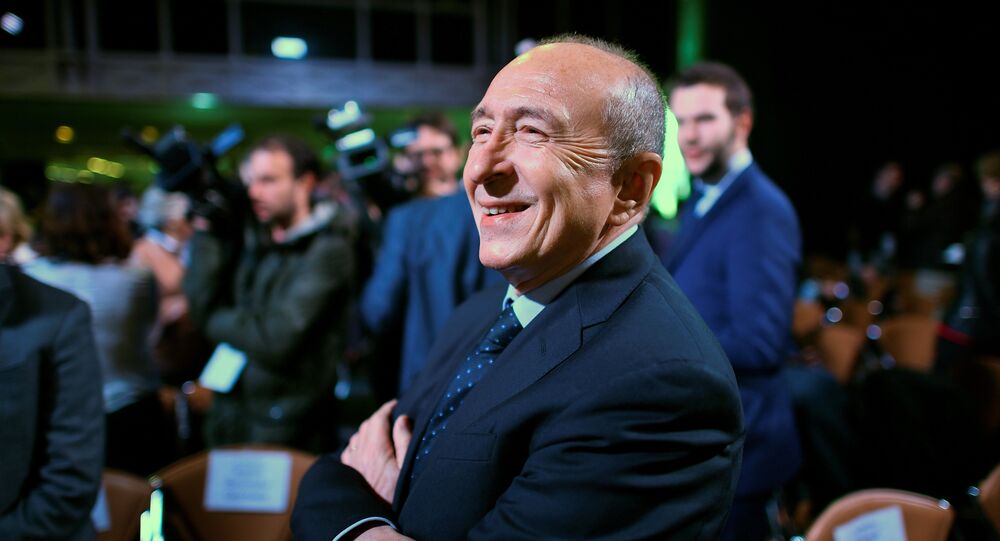 Earlier, Environment Minister Nicolas Hulot resigned at the end of August over "an accumulation of disappointments" with French President Emmanuel Marcon's environmental policies. Hulot claimed the president didn't do enough to fulfill his commitment to "make planet great again."

French Interior Minister Gerard Collomb announced on September 18 that he will be leaving his post after the European Parliament elections in May 2019. Collomb, who served as mayor of Lyon for 16 years as a member of the Socialist Party, explained in an interview with L'Express magazine that he wants to run for the Lyon mayor's office again in 2020.

"If I'm not diagnosed with any serious illness before then, I will be a candidate in Lyon," Collomb said.

He added that he will abandon his ministerial post prior to 2020 in order to actively participate in the election campaign.

"I think that ministers who want to run in the municipal election in 2020 should be able to leave the government after the European [parliament election]," Collomb said.

Collomb was invited to join the government by Macron after he won presidential elections. The former Lyon mayor was considered to be one of his strongest supporters in the government.

The announcement comes less than a month after another French cabinet minister, Nicolas Hulot, announced during a radio show that he was resigning from his post. He said that he was disappointed with Macron, who didn't do as much in terms of environmental policy as he'd promised.

Both resignations happened amid a severe drop in Macron's support ratings among French citizens. According to a recent poll by Kantar Sofres Onepoint, only 19% of the population retain a positive view of the current president.

'Out of Touch': Macron Slammed for Making Light of Unemployed Gardener's Woes

Macron Under Fire For Comparing Reform-Stubborn 'Gauls' and Flexible Danes