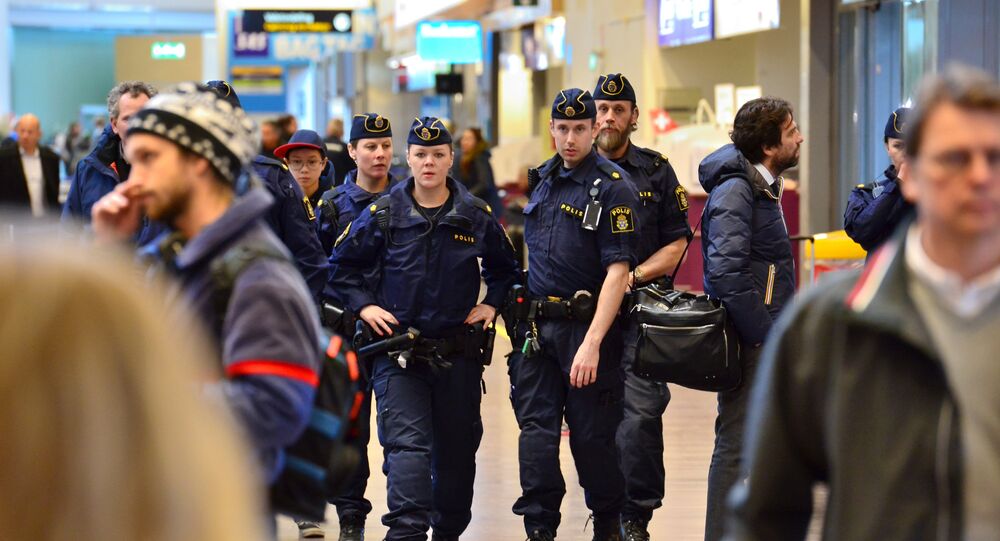 Swedish policemen admitted that the current system allows jihadists to freely enter the country, whereas people with perfectly legal grounds to stay in the Scandinavian country get detained.

A Schengen report highlighting the dramatic situation on Sweden's borders, such as poorly manned border stations, deficient working routines and scarce education among personnel, has been hushed up before the Swedish election, having been likened to "political explosives," the tabloid daily newspaper Expressen reported.

The classified report compiled by Schengen inspectors based on interviews with Swedish personnel last year unveiled serious shortcomings and gave Swedish border guards and customs staff an unsatisfactory grade, ranking them "among the worst in Europe."

Particularly, the Swedish staff were found to be lacking knowledge about so-called "risk indicators," which are used to detect Islamists. The report also identified the lack of relevant knowledge for detecting counterfeit documents, such as false passports.

Remarkably, the situation at Stockholm Arlanda Airport, which serves 26 million passengers each year, making it the largest air transit hub in the country, was found to be worst. However, the inspectors even found the situation in Skåne, Sweden's southernmost province, to be bad enough to summon Frontex, EU's border control authority, to help Sweden maintain its border, just as it did in Greece.

"The report showed what we already knew, that we're running a pure Donald Duck business," a source within the Stockholm border police said. "There is no actual border control, no registry search, only ID checks."

While the source admitted the possibility of returning jihadists to slip in, many people admittedly end up being wrongly deprived of their liberty since they are met by staff who aren't trained in legal methodology or the duties of civil servants." According to policemen interviewed by Expressen, the most serious consequence is "locking up people on completely wrong grounds."

Furthermore, several policemen testified to having been told by their superiors that that outcome of the Schengen inspectors was tantamount to "political explosives."

"I was at a meeting when [chief of border police unit in Stockholm] Liselotte Ström said the report was politically sensitive and that it should therefore be withheld until the general election was completed," a policeman told Expressen; his words were corroborated by his colleagues.

While Ström explicitly denied having said those words, emphasizing that the final draft of the report isn't ready yet, police sources stressed that there is a possibility that its publication may be delayed due to it being sent back and forth the responsible authorities.

According to internal email conversations, the draft of the report was available to police chiefs in early January, whereas the final version was expected to reach the Justice Ministry and the Border Inspectorate in early February.

Despite the alleged "precautions," however, the September 9 general election became a disaster for the Social Democrats, resulting in the worst-ever result for Sweden's ruling party in over a century.