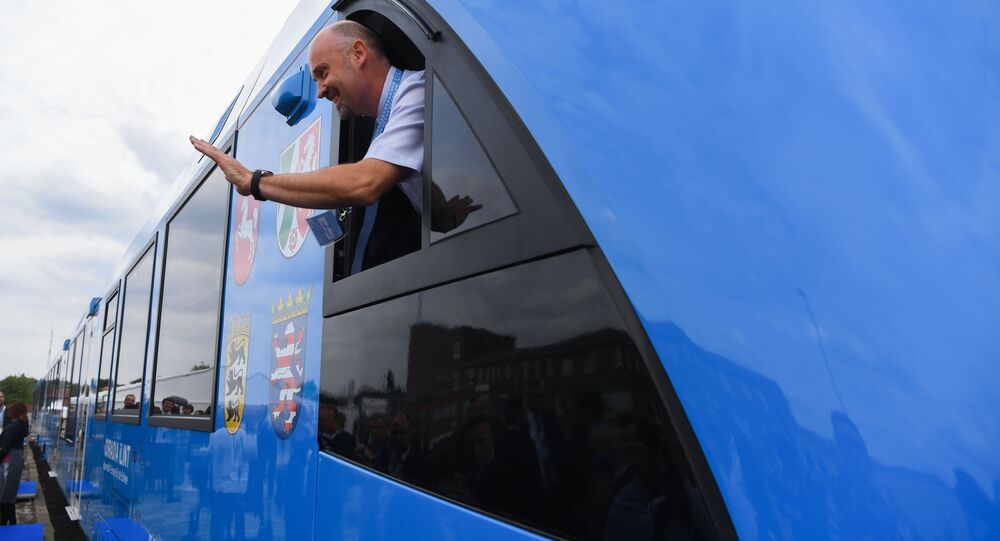 The new Alstom trains, despite being a more costly alternative to conventional diesel ones, are famously low-noise and zero-emissions vehicles.

Germany has unveiled the world’s first hydrogen-powered train, thereby marking a historic step to challenge the leadership of the highly polluting diesel trains with a more eco-friendly transport option.

According to Alstom CEO Henri Poupart-Lafarge’s statement at the ribbon-cutting ceremony in  Bremervoerde, the world’s first hydrogen train is “entering commercial service” and is ready for mass production.

In an ambitious plan, the company will introduce another 14 brand-new zero-emissions trains to Lower Saxony by 2021, while other states are also reportedly poised not to lag behind.

The Coradia iLint trains are supplied with fuel cells that produce electricity through hydrogen mixing with oxygen, which allows for the engine equipment not to emit any dangerous fumes into the atmosphere.

Although the train as such is more expensive than its diesel rival, it is cheaper to operate it, Stefan Schrank, the project's manager at Alstom, told AFP.

READ MORE: WATCH: Tractor-Trailer Smashed in Half by Train

WATCH: Tractor-Trailer Smashed in Half by Train