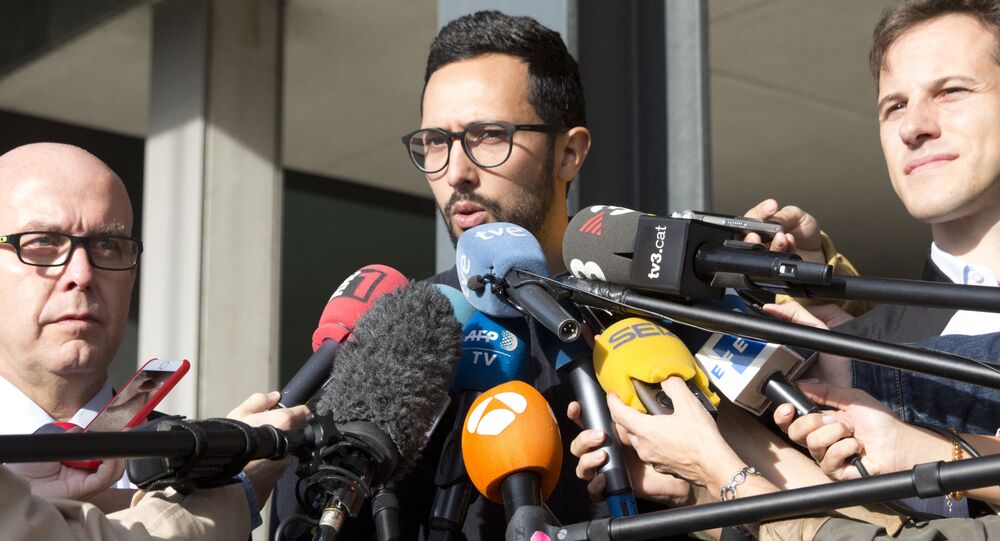 The 24-year-old rapper and composer from Palma de Mallorca fled to Belgium earlier this year as he was facing a 3.5 year prison term for allegedly insulting the royal family and praising terror groups in his lyrics.

A court in Ghent, Belgium, has ruled that rapper Jose Miguel Arenas Beltran, also known as Valtonyc, should not be extradited to Spain, where he would be imprisoned for at least 3.5 years.

"The judge has decided there will be no extradition and discarded all three charges," the rapper's lawyer, Simon Bekaert, told reporters, adding that the judge stated, "there is no terrorism involved, there is no incitement of terrorism, so there is no question of a crime according to Belgian law."

The rapper himself also addressed the verdict of the Belgian court.

"I feel good, I am happy. But I am sad for the people in Spain, who unlucky, they don't have justice like me here," Arenas stated.

© AP Photo / Frank Molter/dpa
German Court Rules to Cancel Puigdemont's Extradition to Spain
The case of Valtonyc is the next episode in a struggle between the Spanish and EU judiciary systems. In 2017, Madrid dropped a European arrest warrant against former Catalan leader Carles Puigdemont after it became clear that Belgian courts wouldn't allow his extradition back to Spain, as Brussels did not recognize some of the charges against the politician.
...
Reddit
Google+
Blogger
Pinterest
StumbleUpon
Telegram
WhatsApp
01