Mixed Legacy: Lisbon Museum of Colonial Past Stirs Up Debate

Portugal conquered or colonized many parts of Africa and South America after the Age of Discoveries began in the 15th century. Centuries on, the country remains divided on the merits and dark sides of that period.

A plan to build a museum in Lisbon commemorating Portugal’s colonial past has inflamed passions over how the country should confront its colonial past and face up to its historical memory and collective guilt, The Guardian wrote.

The dispute originates in last year’s mayoral campaign, when Lisbon’s incumbent mayor, Fernando Medina, outlined a list of tasks he promised to accomplish if re-elected, including the creation the Museum of the Discoveries. 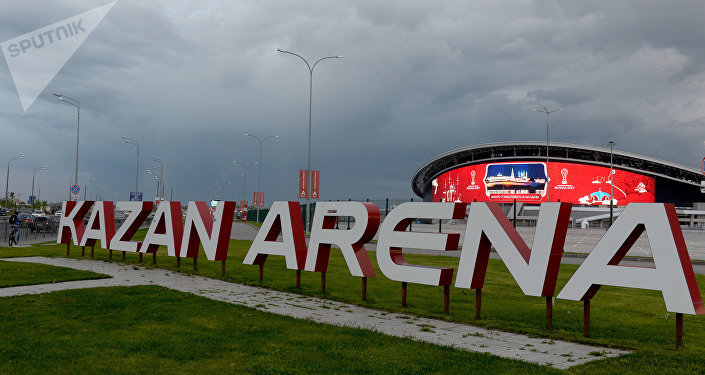 © Sputnik / Maksim Bogodvid
Tatarstan Sports Museum May Appear in Kazan
The name pertains to the so-called Age of the Discoveries – a period starting in the 15th century when Portuguese navigators opened new lands stretching from Asia to South America, making them part of the Portuguese Empire.

The period is widely regarded as the highest point in the country’s history, but it has also invited criticism by those who are pointing to the crimes committed during the country’s colonial past.

A leading player in the Atlantic slave trade, Portugal arguably accounts for nearly half of the total 12.5 million African slaves transported to the New World, well ahead of the British, who traded just over 3 million people.

Even though Portugal has traditionally pictured itself as a “good colonizer,” compared to other European powers of the period, citing interracial relationships that were widespread in Brazil and Cape Verde, critics argue that historical evidence refutes such a notion and believe that the museum would glorify slavery and other abuses.

Others insist that the country has nothing to be ashamed of.

“It happened. It existed. We can’t go back in time … and we don’t have anything to beat ourselves up about, kneeling for 100 years, with downcast eyes and hearts,” columnist Joao Andre Costa wrote in a column in the newspaper Publico.

Even the prime minister, Antonio Costa, whose family has its origins in Portugal’s former colony in India, said he was proud of being able to deal with a “period in history when we undoubtedly made our biggest contribution to the world.”

In an article published in June and entitled “The Heavy Burden of Being Portuguese,” Publico director Manuel Carvalho wrote that he was “completely in favor of us talking about the dark side of the Age of the Discoveries, about the things that weren’t taught to us in school, where we only heard about the heroic side.”

“But you can’t demand a society to change overnight,” he added.

The Age of Discovery, or the Age of Exploration, which stretched from the beginning of the 15th century until the end of the 18th century, is a period in European history when many lands previously unknown to Europeans were discovered by them, although most were already inhabited. From the perspective of many non-Europeans, the Age of Discovery marked the arrival of invaders from previously unknown continents.