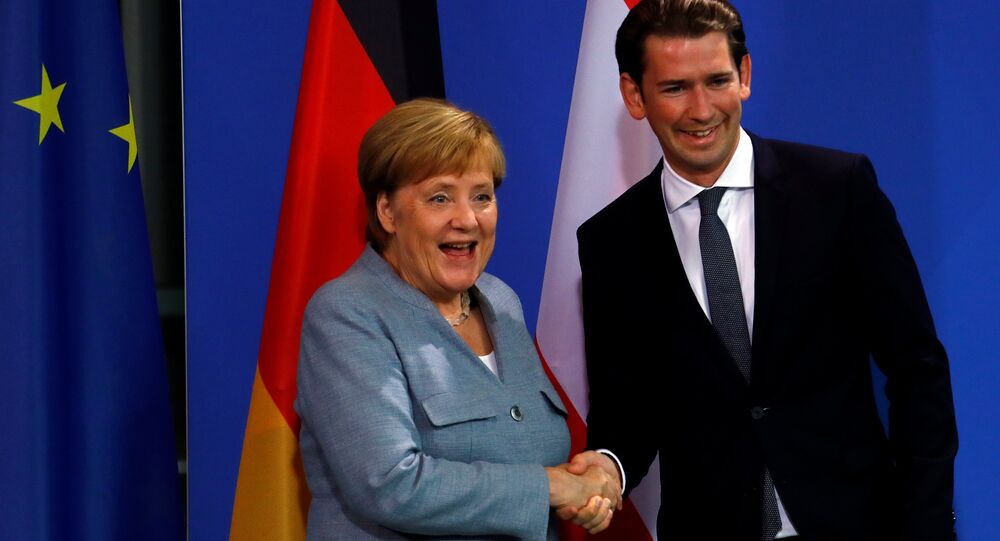 During pre-EU Summit discussion, German and Austrian leaders spoke among other things about the importance of avoiding a no trade deal scenario as a result of the ongoing Brexit negotiations.

Austrian Chancellor Sebastian Kurz, who spoke with the German leader Angela Merkel on Sunday, is hosting the Informal Summit of Heads of State or Government in Salzburg on September 19 —20.

On Monday, Mr. Kurz tweeted about the meeting with Mrs. Merkel, calling it a preparation discussion ahead of the EU heads of state or government informal gathering.

"We have the same view that we must do all we can to avoid a hard Brexit," the Austrian Chancellor said.

While illegal migration, border security and resilience in cyberspace are high on the Salzburg Summit agenda, EU leaders plan to end the meeting in "EU27 format to discuss Brexit."

The Council of the European Union sees the summit as an opportunity to "discuss the state of play of the Brexit talks and the next steps."

Current Brexit talks and the final deal agreement in October take place during Austria's presidency of the Council of the European Union, which the country assumed on July 1, 2018.

Addressing the EU Parliament, Mr. Kurz said in July that among various issues on the table for the Austrian presidency, he "was thinking of Brexit."

"Of course we're unhappy that the United Kingdom is poised to leave the European Union but more important than that is managing an orderly departure," he said.

"Our big goal is to make a contribution during the presidency so that our chief negotiator, Michel Barnier, can continue to successfully lead the member states together so that we can bring about a deal with Britain to avoid a hard Brexit and to secure an orderly future together," Kurz stressed.

On Monday, Michel Barnier said that Brexit negotiations are being conducted in a spirit of "good cooperation." It has also been reported that Brussels is working on the technical fix to the issue of the Irish border, which could potentially boost Brxit talks towards a breakthrough.