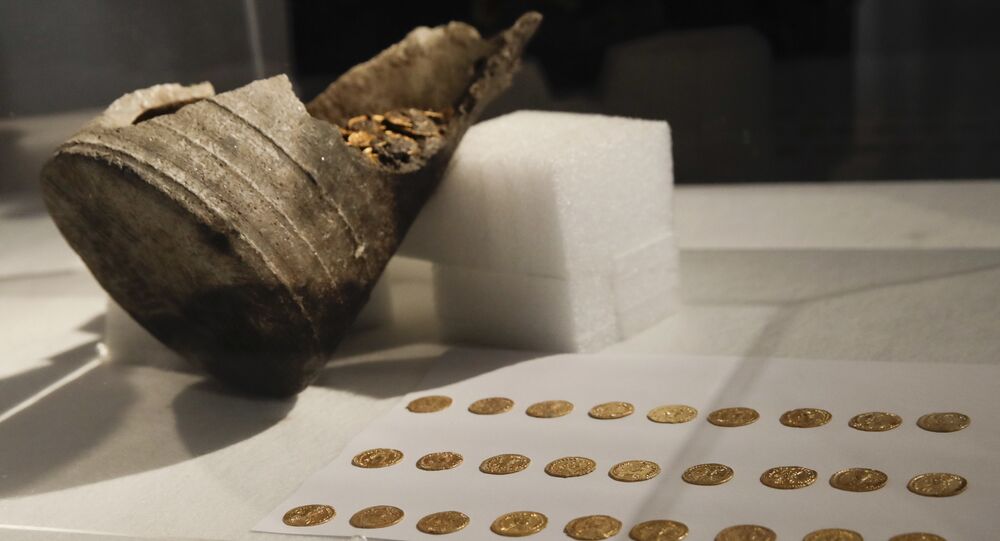 A Como theatre from 1870 later became a cinema and was due to be demolished to erect a luxury residential block when the astonishing discovery occurred.

Hundreds of historic Roman gold coins, dating as far back as the 5th century, have been discovered at the site of an old theatre in Como in northern Italy, according to Italian media. The location is remarkable indeed, since it is in the neighborhood of the ancient city of Novum Comum, and media suggested the coins could be worth millions of euros in today’s money.

The precious items were notably hidden in a sort of a stone urn in the Cressonu theatre basement, all squeezed in rolls resembling modern ones, which made archeologists think it could have been buried there not by a private owner but by some ancient financial institution, like a public bank.

POT OF GOLD!
Roman coins, dating back to 474 BC, found in #Italy pic.twitter.com/FxrzT2tT1Z

Hundreds of Roman gold coins, dating back to 4th or 5th century, unearthed in former theater basement in northern #Italy city of #Como, with "inestimable value". The same that we wanna give to our Sati #Tokens. Believe in Us! 👉 https://t.co/jsA1Whrz7N#ico #blockchain #crypto pic.twitter.com/AkidHla0CK

The coins were “buried in such a way that in case of danger they could go and retrieve it,” rare coin expert Dr. Maria Grazia Facchinetti told a press conference.

“We do not yet know in detail the historical and cultural significance of this discovery but this area is a real treasure for our archaeology,” Culture Minister Alberto Bonisoli, who joined archaeologists and the carabinieri art group to unveil the first 27 catalogued coins, wrote on Facebook.

He billed the discovery “more than exceptional, epochal, one of those that marks the course of history,” adding the Roman-era treasure was accidentally stumbled upon during excavation work prior to the construction of a new luxury  apartment building on the spot of the 1870 theatre, which was subsequently turned into a cinema before shutting down in the late 1990s.

All Change: Why UK Chancellor Wants to Get Rid of Those Pesky 1p and 2p Coins