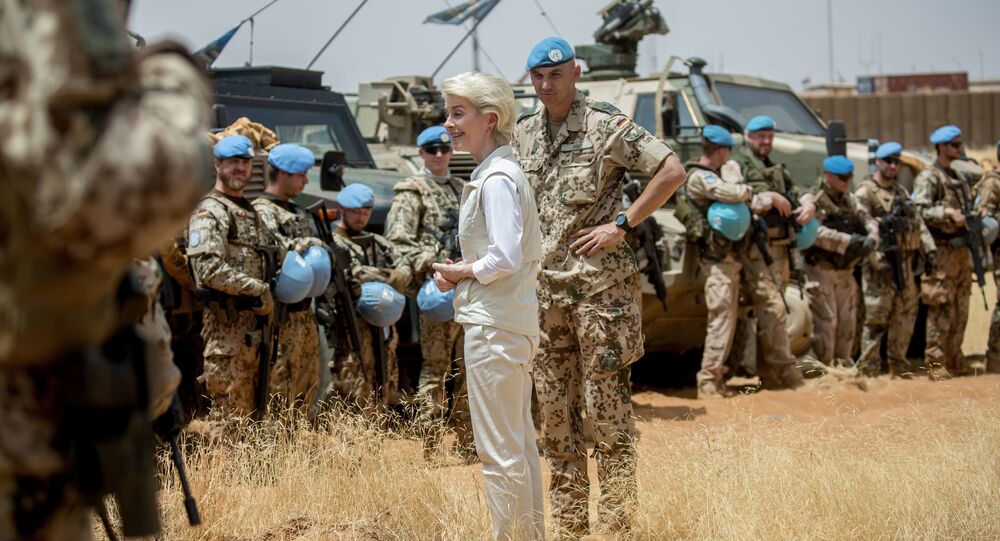 German troops are currently tasked with training the Middle Eastern country's military, as well as the Kurdish Peshmerga, to counter the remnants of terrorist forces.

German Defense Minister Ursula von der Leyen has urged for a long-term mandate for the country's troops deployed in Iraq, Deutsche Welle reported. She justified the move by saying that despite the fact that Daesh* has suffered significant defeat in Iraq, it still has an "ideological foothold."

"The fight against IS has left behind deep wounds and scars in the country. It takes patience for these scars to heal and for Iraq to become strong," she said.

*Daesh (also known as ISIS, IS, Islamic State) is a terrorist organization banned in Russia.