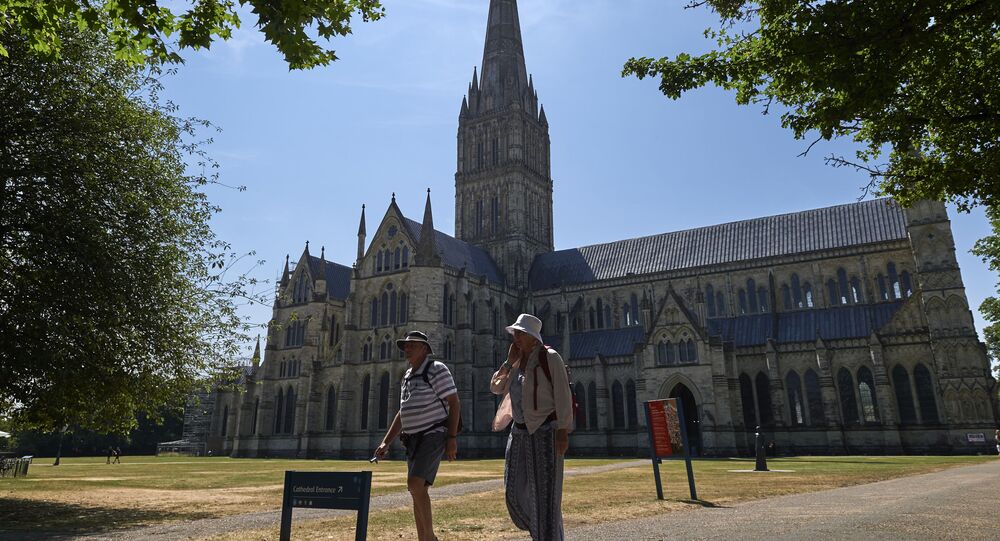 MOSCOW (Sputnik) - US website for travelers TripAdvisor announced on Saturday a temporary block on comments for the Salisbury Cathedral following an upsurge in prank reviews.

"Due to a recent event that has attracted media attention and has caused an influx of review submissions that do not describe the first-hand experience, we have temporarily suspended publishing new reviews for this listing. If you’ve had a firsthand experience at this property, please check back soon — we’re looking forward to receiving your review," the message, published on TripAdvisor's UK website, read.

© Sputnik / Alexey Filippov
Travel Advice: Abridged Sightseeing Guide to Salisbury (PHOTOS)
On Thursday, Russian citizens Alexander Petrov and Ruslan Boshirov, suspected by London of the poisoning of Russian ex-spy Sergei Skripal and his daughter Yulia in Salisbury, said in an interview to RT that they had come to Salisbury to do sightseeing, namely, to attend the Salisbury Cathedral, which prompted scores of prank reviews for the location published on TripAdvisor.

Petrov and Boshirov claimed that they were not intelligence officers, but middle-level businessmen and had nothing to do with the poisoning. They said that they would like the UK authorities to apologize if real attackers were found.

On March 4, Sergei and Yulia Skripal were poisoned with what London claimed was the A234 nerve agent. The UK authorities accused Russia of staging the attack, which Moscow has repeatedly denied.

On September 5, UK Crown Prosecution Service said that it had sufficient evidence to indict Petrov and Boshirov for the attack, and UK Prime Minister Theresa May said that the Russian military intelligence was behind the poisoning, claiming that the suspects were its employees.