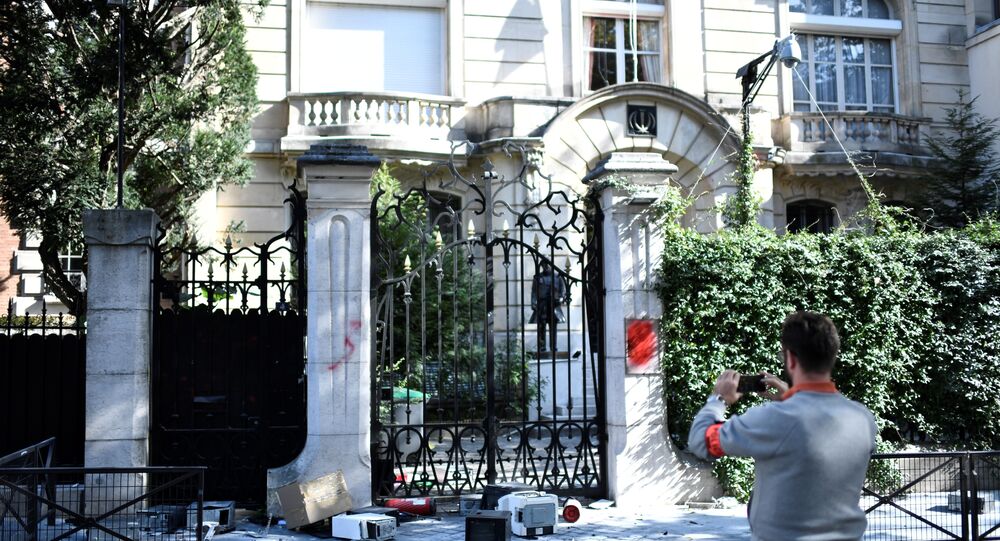 Iran accused pro-Kurdish activists of attacking its embassy in Paris on Saturday and lambasted French law enforcement for arriving too late to the scene.

According to a report by Fars News Agency, around 15 Kurdish activists burned the Islamic Republic’s flag on Friday and smashed a number of windows with stones. Despite going still further to throw fire extinguishers and computers at the entrance gate, the activists did not manage to enter the building.

Images of today's attack on #Iran's embassy in Paris pic.twitter.com/lzuAf8QOux

Addressing the incident, Iranian Foreign Ministry spokesman Bahram Qasemi complained about the French police failing to arrive duly to the scene, adding that “the assailants were members of a terrorist organization,” he said, as quoted by the state news agency IRNA, adding that some of the attackers were subsequently arrested.

The embassy attack follows shortly after Iran’s Revolutionary Guards fired as many as seven short-range missiles last week at a gathering of the Iranian Kurds (the Democratic Party of Iranian Kurdistan) in northern Iraq. Separately, according to Nedaa, Iran carried out the death sentence on Saturday against three Kurdish political activists, having accused them of nti-revolution and “terrorist” acts in light of the overall unrest in the country. UN reports also had it previously that the activists in question had been subjected to torture and isolation before the execution.

Kurds, being active in Iran, have been a stumbling block in French-Iranian relations in recent months, with Tehran denouncing France’s support for Kurdish units, namely the DPIK, labelled by Tehran as a terrorist organization. France has meanwhile already instructed its diplomats to postpone indefinitely non-essential trips to Iran, citing Tehran’s tough attitude to France, despite the European country being one of the strongest vocal supporters of the landmark 2015 P5 +1 nuclear deal between Iran and other states, which US President Donald Trump notoriously withdrew from on May 8.