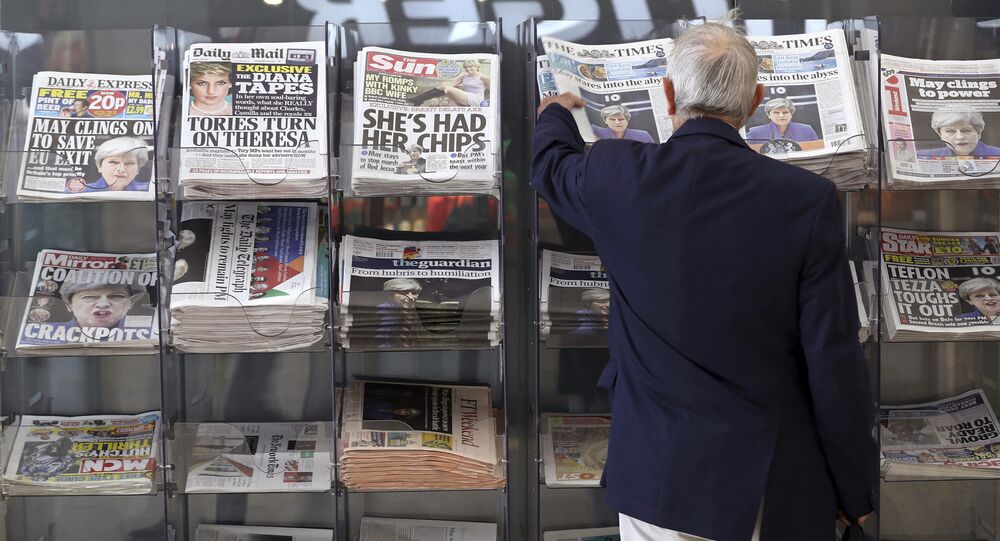 LONDON (Sputnik) - The Westminster Russia Forum, a volunteer group promoting the development of the UK-Russian bilateral ties, launched on Wednesday a campaign against anti-Russian sentiment and negative stereotyping of the Russian community in the United Kingdom against the backdrop of the so-called Russophobia in country's politics and media.

"There is nothing positive in the news involving the contributions that the Russian community in the United Kingdom has made, culturally or socially… It's not being helped at all by the rhetoric of many of our members of the Parliament and others. It is not on and I feel this is unfair. I think it goes to the top of the media and political establishment," WRF Chairman Nicholas Cobb told Sputnik.

© AP Photo / Matt Dunham
Russian Embassy in UK Links Low Number of Russian Pupils With Russophobia
In this regard, Cobb said that his forum was trying to reach out to alternative news outlets, blogs and social media in order to tackle the negative narrative that had been dominating the UK media when it came to the Russian community.

Cobb believed that the anti-Russian sentiment adopted by the UK society made the Russians in the country feel "under siege."

"It's a feeling that people have that they have come here to work hard, to set up a new life, they raise families here and they pay taxes, yet they somehow feel that their contributions are worth less than others, simply because the prevailing political winds, however valid or invalid they may be, are all negative," Cobb stated.

According to the WRF chairman, that hostility toward Russia and Russians has historical roots stemming from previously existing antagonism between the East and the West.

"There's a lack of understanding, historical understanding and an ingrained sort of fear of the unknown… Both sides, two major powers, have been sparring for centuries under the Tsarist period and then under the Soviet Union… so some of the current issues I would say are very much nothing new," Cobb explained.

© Sputnik / Justin Griffits-Williams
'Russophobia That the British Gov’t Encouraged is Beginning to Boomerang'- Ex-UK Envoy to Syria
He added that despite the fact that the UK-Russian bilateral relations are characterized by many positive developments, the debates between the two parties excluded all the good and focused solely on negative aspects.

Tensions within the Russian community living in the United Kingdom have arguably manifested following the escalation of political antagonism between London and Moscow over the Skripal case. Whilst Moscow has persistently denied any involvement in the poisoning of former Russian spy Sergei Skripal and his daughter Yulia, the incident soon led to the mutual expulsion of numerous diplomats, with the US ultimately leveling fresh sanctions on Russia last month in addition to those already imposed last June.

Have We Hit Peak Russophobia Following the Trump/Putin Summit?