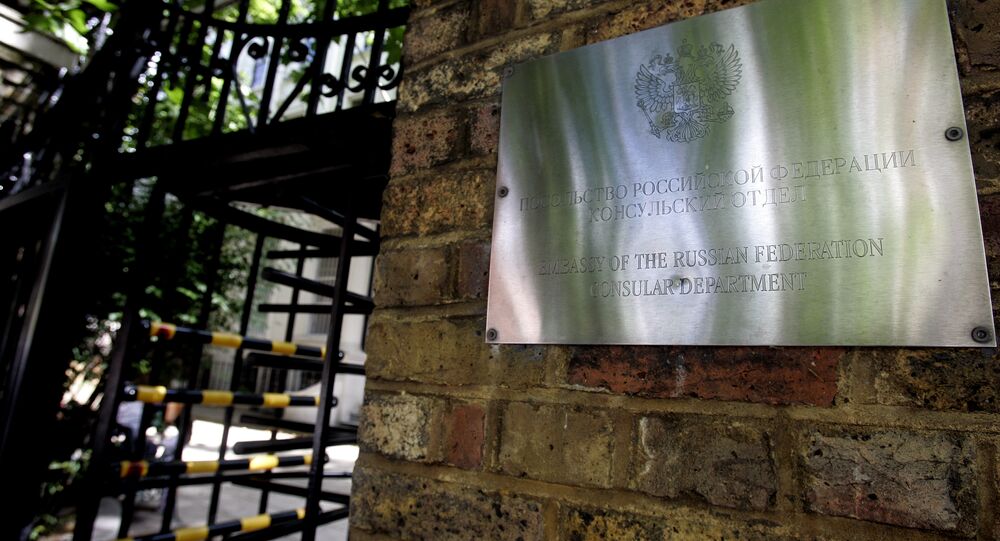 LONDON (Sputnik) - The United Kingdom is violating the European Convention on Mutual Assistance in Criminal Matters by not providing Russia with access to the investigation materials on the death of Nikolai Glushkov, the former top manager of Russian flag carrier Aeroflot, the Russian Embassy in London said on Wednesday.

"By refusing to provide Russia with access to the investigation, the British authorities violate their obligations under the 1959 European Convention on Mutual Assistance in Criminal Matters," the embassy's press officer told reporters.

© AP Photo / Alastair Grant
London Refuses to Cooperate With Moscow on Glushkov's Death Probe - Embassy
According to the press officer, the UK authorities continue to ignore the embassy's multiple requests, including the official request of the Russian Prosecutor General’s Office for legal assistance in the criminal case opened in Russia into the death Glushkov.

Glushkov, who had been sentenced in absentia in Russia to eight years in prison on embezzlement charges, died in London in mid-March. The UK police are treating the probe into his death as a murder inquiry. Russia launched its own investigation into the matter.

On September 7, The Guardian newspaper reported that the UK police was also probing an earlier poisoning attempt on Glushkov, which allegedly occurred back in 2013.