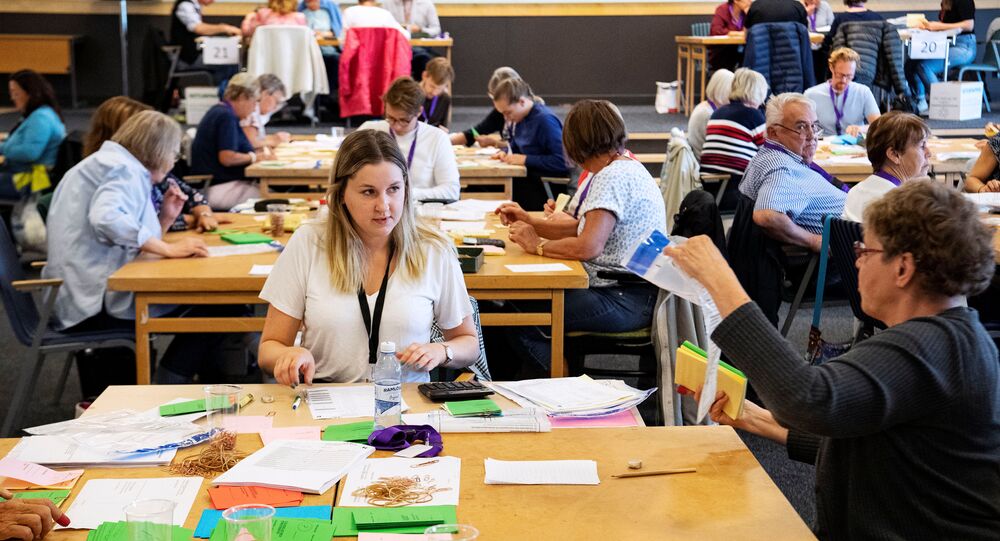 Having followed Sweden's general election, Danish politician Michael Aastrup Jensen called it "far from the European standard" and pledged to take it up during the next meeting of the European Council.

Among others, Sweden's handling of ballots, which fails to guarantee the voters privacy, drew Aastrup Jensen's ire.

"Of all the elections I have witnessed as observer, I have never seen an election so undemocratic as the Swedish one," Michael Aastrup Jensen said. "It's far from the European standard," he added.

The Danish politician, who formerly served as an election observer in Russia and several East European countries, pledged to raise his criticism of Sweden's election system during the next meeting of the European Council.

Some Swedish municipalities were reported to place the ballot papers separately, allowing everyone to see which party individual voters chose. A new bill aimed at strengthening the protection of the secrecy of ballot will be discussed in the Swedish parliament in the fall.

According to Valentin, foreign observers reacted to how easy it was for the public to see how people were voting, as most voters kept the ballot papers open, without hiding their choice.

Another problem addressed by the election observers was that the envelopes for early voting were opened prematurely, when the ballot stations were still open, in an bid to check that the number of the votes was correct.

"Now, with so many early voters, it's not good for the system that so many open envelopes are in the box. In theory, someone could replace the ballots," Valentin stressed.

Lastly, Valentin addressed the "obsolete" system with separate ballot papers for each party.

"The system of individual ballots for each party was formed when there were far fewer parties and only one election at a time. Today we have three elections simultaneously, it means we have grown out of the system," she said.

During Sweden's general election on September 9, 447 of Stockholm's 563 polling stations were supervised by 57 foreign observers invited by Silc.