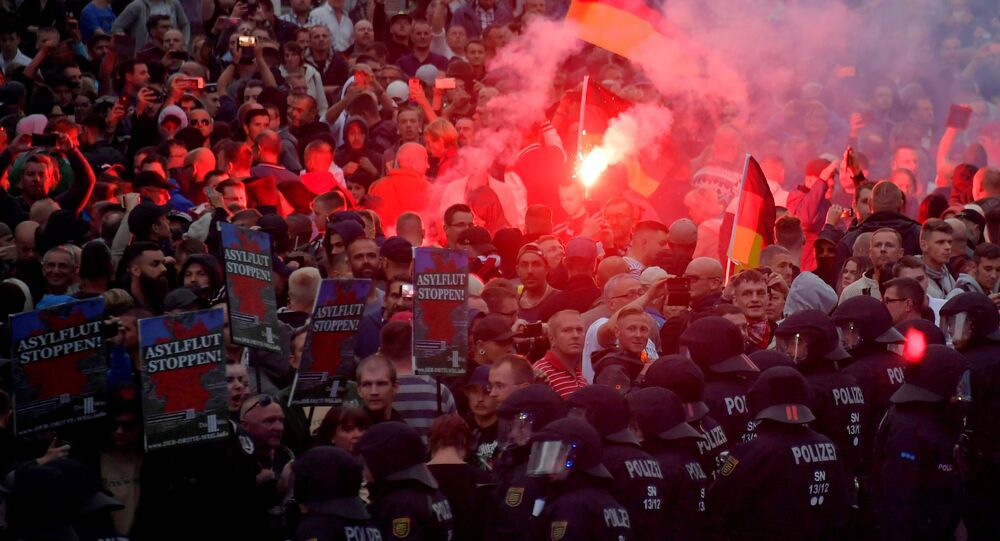 Earlier this week, numerous German politicians urged BfV head Hans-Georg Maassen to immediately clarify his suggestion that footage purporting to show protests and violence in the city of Chemnitz could be fake.

Hans-Georg Maassen, chief of Germany’s domestic security agency, has said footage of right-wing protestors intimidating migrants in the Saxony city of Chemnitz is authentic, according to two German newspapers.

The Sueddeutsche Zeitung and the Frankfurter Allgemeine Zeitung reported that Maassen has written to German Interior Minister Horst Seehofer explaining that his comments, made in an interview with Germany’s Bild newspaper, were misunderstood, clarifying that the video footage is indeed genuine.

He meant to say that he doubted if the video actually showed migrants being chased by protestors, according to the aforementioned newspapers.

Mr. Maassen triggered a barrage of condemnation last week after he claimed that the footage could be fake, describing it as potentially “deliberate misinformation”, with some lawmakers and senior politicians calling on him to resign from his post.

On Monday, Seehofer noted that Maassen had indicated the video could be fake, saying he “must have reasons” for his assessment.

© AP Photo / Jens Meyer
Horst Seehofer Says Would Have Joined Chemnitz Protests if Was Not Minister
Although Chancellor Angela Merkel has vowed to stamp out far-right violence, starting in Chemnitz, others have cast doubt on the prevailing version of events, dismissing claims of protestors being violent.

Saxony’s president, a conservative ally of Merkel, downplayed reports of violence, though authorities have confirmed police arrested a number of protestors for displaying prohibited banners and performing the Nazi salute.

Police also said there hasn’t been “serious violence” during the ongoing Chemnitz protests, which were triggered by the death of a German man and the subsequent arrest of two Afghans, sparking new debate over Merkel's "open-door" migration policy.