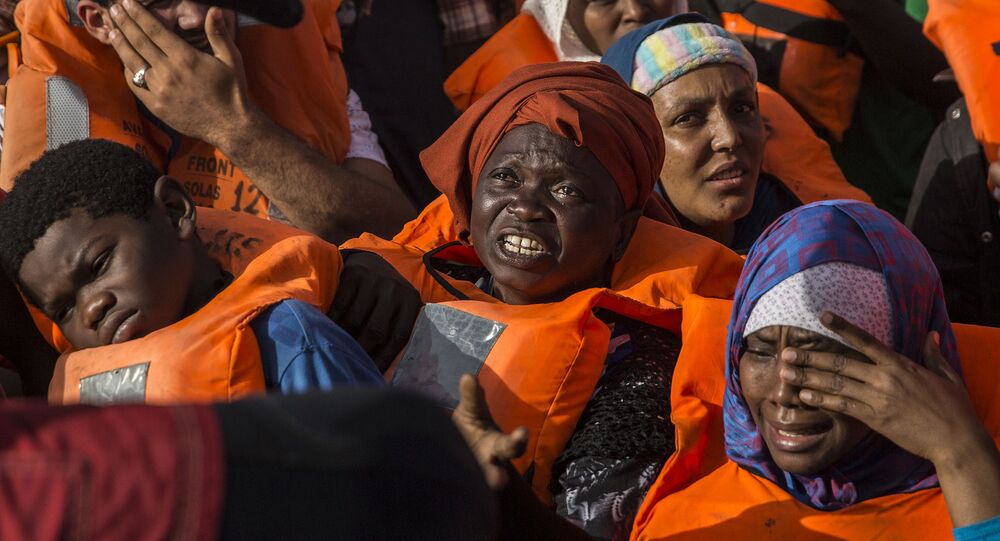 Italian officials have issued a snappy comeback, when faced with an accusation from what they called a "pointlessly costly and badly informed" international organization.

The former president of Chile, Ms. Bachelet, who assumed her new role at the UN on September 1, delivered a statement on Monday.

She accused the Italian government of denying entry to NGO rescue ships, calling it "political posturing" with "devastating consequences."

However, Mr. Salvini has previously backed a ban on migrant rescue vessels from Italian ports, saying the "migrant landing" have to be stopped but that he is "still willing to debate" the issue, also non-European Union countries, such as Albania, Serbia and Montenegro.

The High Commissioner has also announced in her speech that the UN intends to send staff to Italy in order to "assess the reported sharp increase in acts of violence and racism against migrants, persons of African descent and Roma."

In response to her remarks, Mr. Salvini pointed out that Italians don't need "lessons" from the UN and advised the organization should "look for racism elsewhere."

"If I were the UN, I would have half a world to send inspectors to before Italy. Go look for racism elsewhere, not in Italy. Before doing checks on Italy, the UN should investigate its member States who ignore basic rights like freedom and equality between men and women," he said.

The Italian minister also said his country's financial contributions to the international organization should be reconsidered.

"The UN is an organization that costs billions of euros, to which Italy gives over 100 million every year in contributions and we will weigh with our allies on the usefulness of continuing to give these 100 million euros to fund waste, embezzlement, and theft for a body that wants to give lessons to Italians and that also has countries that engage in torture and [still have] the death penalty," Salvini said.

© REUTERS / Tony Gentile
League party leader Matteo Salvini speaks at the media after a round of consultations with Italy's newly appointed Prime Minister Giuseppe Conte at the Lower House in Rome, Italy, May 24, 2018

On Tuesday, the Italian foreign ministry recalled all the praise it has received over the years for dealing with the European migrant crisis and cracking down on Libyan-based smuggling networks.

The officials added the data "will help the newly-installed high commissioner" understand Italy's commitment and its track record.

According to the migration study foundation ISMU, there are some 500,000 people living in Italy illegally, which constitutes 0.9% of the population. Since 2013, around 690,000 migrants have arrives in the country, most of them from sub-Saharan Africa.

The European migration crisis has seen more than millions coming to Europe since 2014 and has prompted various response and subsequent migration policies by EU member states.

1 / 5
© AP Photo / Gregorio Borgia
A rubber boat loaded of migrants is seen during a search and rescue mission in the Mediterranean Sea off the Libyan coasts, Italy, Tuesday, June 23, 2015

Germany has been on the forefront of welcoming migrants and refugees, which led to disagreements between Chancellor Angela Merkel and members of the Bundestag, who disagreed with her policies.

Since 2014, more than 1.6 million people seeking asylum, mainly from Middle Eastern and African countries, have entered Germany, according to a Federal Statistics Office in April 2018.

© AFP 2021 / DPA/Bernd Von Jutrczenka
Asylum seeker (C, L) takes a selfie picture with German Chancellor Angela Merkel (C, R) following Merkel's visit at a branch of the Federal Office for Migration and Refugees and a camp for asylum-seekers in Berlin on September 10, 2015.

Outside of Germany, a number of European nations — including Hungary and Italy — have objected to the "open door" policy when it comes to migrants.

In a recent interview, Italy's Salvini has decried Angela Merkel's immigration policy, suggesting the German leader "underestimated the risk of a social clash when she claimed that there was space for hundreds of thousands of people in Germany."