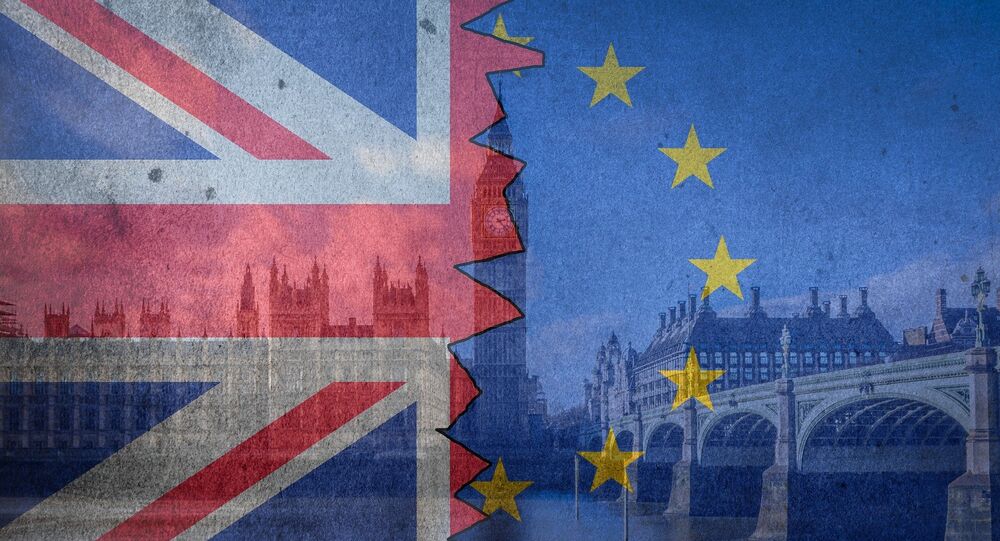 With seven months to go until Britain is due to leave the EU, the two sides are yet to reach a divorce deal. Officials expect an informal October deadline to be extended to mid-November.

Steve Baker, who quit as a Brexit minister in July over his opposition to the government’s Brexit roadmap, claims that at least 80 MPs are prepared to reject the plan in an upcoming vote in the House of Commons and that May faces "a massive problem" because of the scale of opposition to Chequers among Tory grassroots members.

"We are reaching the point now where it is extremely difficult to see how we can rescue the Conservative Party from a catastrophic split if the Chequers proposals are carried forward," Baker warned.

He said that if Theresa May persists with her EU departure plan at this month’s Tory conference without the backing of her party she would lose credibility with Brussels negotiators, who could see this as a sign of a catastrophic split in the party.

© REUTERS / Rebecca Naden
Tory Supporters Think Chequers 'Bad for Britain', Worse Than Poll Tax-Survey
Baker said he still hoped the Tories would come out of the conference united behind a Free Trade Agreement (FTA) solution to Britain's future relations with the EU.

Baker’s warning came just a day after ex-Foreign Secretary Boris Johnson lashed out at the Chequers roadmap as a “suicide vest” and suggested that Britain slash taxes after Brexit.

The issue is expected to dominate the Conservatives’ annual conference slated for later this month, with hard Brexit supporters in parliament hoping to sink the Chequers proposal.

Justice Secretary David Gauke dismissed Baker's claims that as many as 80 MPs would act against Theresa May’s Brexit blueprint in an upcoming vote in the House of Commons, insisting that there is "no alternative" plan to May's.

"This is a process that's going to require compromises from all sides and I think it's really important that we go forward with the Chequers proposal because, frankly, there isn't an alternative that is put on the table by the critics of Chequers,” Gauke told Sky News.

Foreign Secretary Jeremy Hunt earlier pleaded for Tories to get behind the Chequers plan, saying May’s efforts to achieve the best outcome for Britain “will be greatly strengthened if we are united.”

In an apparent swipe at Brexiteers, he added: “Nobody else has a detailed plan that delivers on the instruction of the people and has a chance of succeeding in the ¬negotiations [with Brussels].”

Meanwhile, Prime Minister May’s spokesman went on record saying that Chequers is the only Brexit plan on the table that will deliver on the will of the people while avoiding a hard border on the Island of Ireland.

With the Brexit deadline now less than 200 days away, the two sides are yet to reach a divorce deal, with officials increasingly expecting an informal October deadline to slip into November.