Finns’ reluctance to have babies, which has resulted in the lowest nativity rate in decades, has left the country dependent on immigration to maintain its current population, triggering concerns about the future welfare of the nation.

The percentage off Finns aged 20-40 who choose voluntary childlessness has increased significantly over the past ten years, national broadcaster Yle reported.

Ten years ago, only one percent of Finns between 20-40 years old answered that they did not want children. Today, the corresponding figure is 12 percent. Researchers call the figure "very high" and the development "worrying."

"Something big is going on," Venla Berg, a doctor of psychology and researcher at the Family Federation of Finland (Väestöliitto), said. 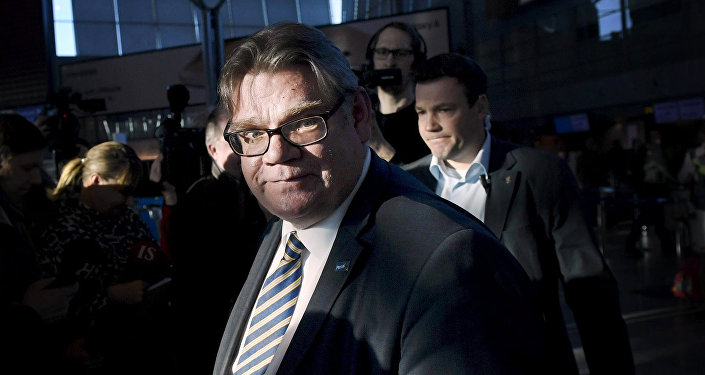 © AP Photo / Vesa Moilanen/Lehtikuva
'Death Culture': Finnish Minister in Hot Water for Mourning Irish Abortion Vote
According to Väestöliitto, voluntary childlessness is most common among young adults in metropolitan areas, as well as the unemployed or those who lack a stable income. Among young women and men aged 20 and 29, one in five said they preferred not to have any children.

Not wanting to refrain from one's current lifestyle is a common cause for being childfree, as giving birth and parenting are often associated with something negative.

"You do not necessarily have to worry about people not wanting to have children. Everyone has the right to their own opinion. However, it is worrying when people refrain from having children because of various fears, such as how to cope with the economy or because the world feels too bad for a small child to be born into," Berg stressed.

While calling this phenomenon a "mystery for researchers," Venla Berg nevertheless pointed out that similar research indicates that the same trend is prevalent in other prosperous western countries. She also warned that it may ultimately affect Finland's future welfare if the actual birth rate remains lower than predicted by the population forecasts.

"Our population growth is only due to immigration, as our natural population increase is already negative at present. If for a longer time fewer children are born, maintaining the welfare state will be problematic given the situation with our national economy," Venla Berg said.

The number of children born in Finland has been falling for seven straight years, reaching its lowest in nearly 150 years. According to Statistics Finland, only 50,321 children were born in Finland, amounting to an average of 1.49 births per woman. This figure is estimated to be the lowest since the great famine of 1866-68. At that time Finland had a population of only two million, as opposed to today's 5.5 million.