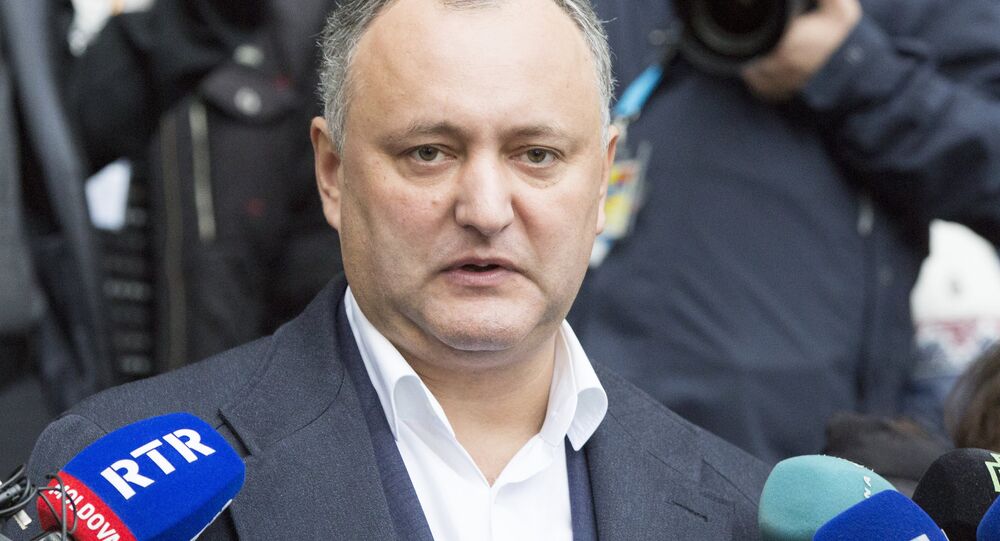 A truck that crossed into a lane with oncoming traffic, where it then crashed into the Moldovan president’s car, has been captured on a video that was published by the Hue Telegram channel.

The video shows the presidential motorcade moving along the road with the cars in the opposite lane being pressed against the roadside, as it is likely that a police car was driving in front of Dodon's vehicle. Suddenly, however, a truck left its lane, taking up almost the entire carriageway.

The driver of the presidential Mercedes attempted to escape the collision but failed, resulting in the car flying into a ditch and turning over. The truck then rammed the police jeep, from which the video was being filmed.

According to the latest reports, no-one from the presidential family was injured.