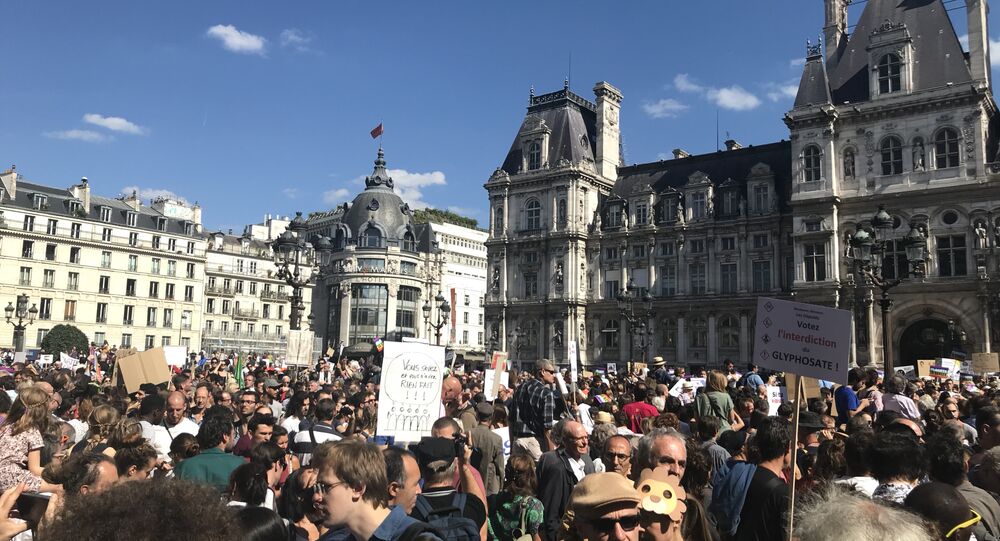 Over 50,000 People Took Part in Climate March in Paris – Greenpeace

PARIS (Sputnik) – More than 50,000 people took part in a climate march on Saturday in the French capital of Paris, the French department of Greenpeace said.

"More than 50,000 people took part in the climate march in Paris! Thousands [participated in the marches] in Lille, Bordeaux, Nantes, Rennes, Clermont-Ferrand and many other cities. That is the first time when the march gathered so many people in France," Greenpeace France wrote on its Twitter page.

© Sputnik / Irina Kalashnikova
End to Fossil Fuels: 'Rise for Climate' Rally Starts in Paris
According to French police, the rally in Paris gathered about 18,500 people.

The organizers of the event said that the goal of the march was to demand more actions from the authorities to protect the environment.

The march followed the shock resignation of French Minister of Ecological and Inclusive Transition Nicolas Hulot, who left his post over the failure to implement the ecological program.