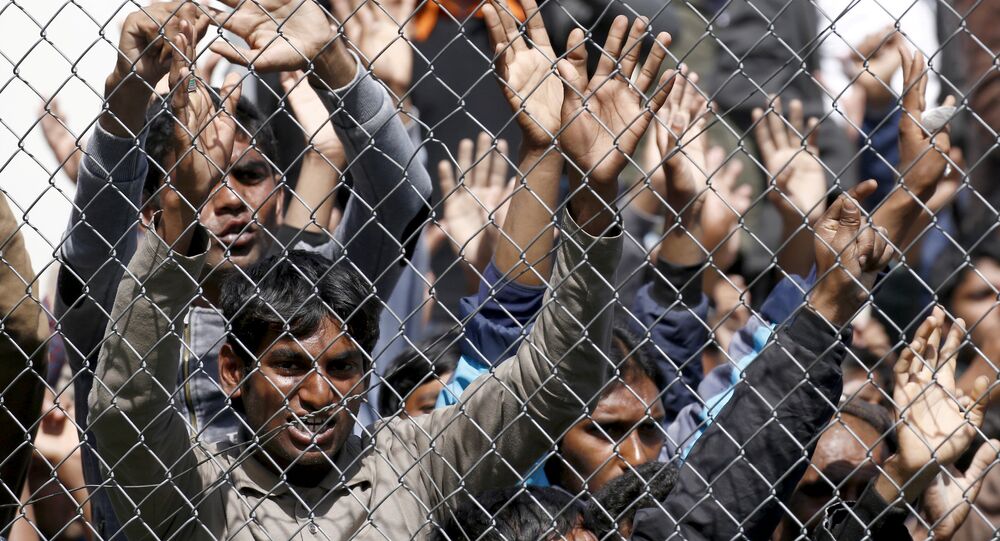 Workers are striking at one of Greece's most troubled camps to protest overcrowding and inhumane conditions after migration minister Dimitris Vistas called the situation "very difficult, near impossible".

The Moria refugee camp on the Greek island of Lesbos only houses 3,100 refugees, but struggles to cope with over 8,300 entrants. Protesting squalid conditions, camp workers will begin a work-to-rule action beginning Saturday, with down tools, or a complete cessation of work, next Monday.

In a statement, a staff committee demanded better police protection for both residents and personnel of the camp, among other relief. It also stated that occupants endured "tragic life conditions unworthy of a European country," adding the situation was "fraught with dangers" caused by "the risk of epidemics, of deaths caused by inclement weather, suicides, or mutinies."

Lesbos has been a hotspot and primary entry route to the EU for refugees since the Syrian conflict began in 2012. Waves of migrants began landing on-shore daily at the height of the migrant crisis in 2015. Currently, 10,500 migrants reside on Lesbos-the highest in Greece.

Management staff have desperately tried to alleviate the situation by expediting "vulnerable" transfers to Europe, Moria deputy director Dimitris Vafeas told APF. However, new arrivals streaming in from the nearby Turkish coasts prevent any long-term solution.

"From May 1 to August 30, 3,950 vulnerable people were brought to the continent, but 5,450 others arrived in Lesbos," Vafeas said, stressing that Greek authorities insist "on the need for a redistribution" of refugees throughout the European continent.

A July 18 Doctors Without Borders (MSF) report documenting camp conditions seconded Vafeas' opinion. It also called for secure housing to vulnerable people, an end to European Union containment policies, and for EU and state leadership to step up access to health and security.

"Part of the reason people's mental health deteriorates so drastically here in Lesbos is that they come from traumatising experiences, and reach Europe hoping for refuge and dignity, but what they find is the opposite: more violence and more inhumane conditions," Giovanna Bonvini, Mental Health Activity Manager at Mytilene clinic, stated.

Greece has been marred by refugee woes, most recently after Greek and British authorities raided and shut down a migrant smuggling ring on the island of Crete. Smugglers demanded up to €5,000 to ferry refugees from Egypt to Crete, subjecting them to dangerous sea conditions on poorly maintained vessels unsuitable for travel.

"These criminal gangs treat migrants as a commodity to be profited out of," Chris Hogben, head of the UK's National Crime Agency Invigor taskforce tweeted Wednesday, adding that smugglers "don't care about keeping them in horrendous conditions or using completely unsuitable or unseaworthy vessels to move them hundreds of miles across the sea."