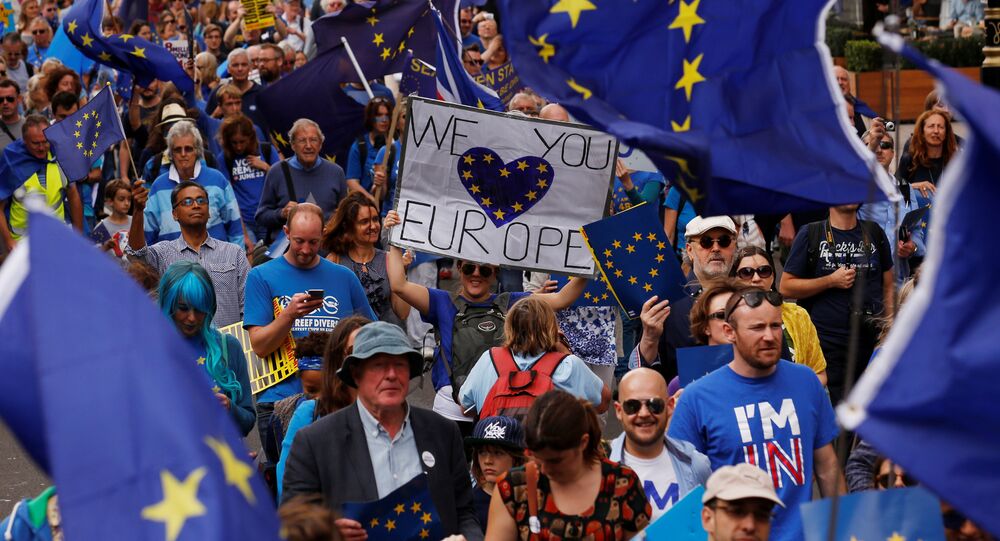 An earlier poll found around 2.6 million Brits have abandoned Brexit since the 2016 referendum due to the looming prospect of Britain crashing out of the EU without a deal.

The UK would vote to stay in the bloc if a fresh referendum was held, a new opinion poll has found, suggesting close to 60 percent of Brits want to remain in the EU.

READ MORE: Over 2.5 Million Brits Abandon Support for Brexit Amid Prospect of No-Deal

Jointly carried out by research groups NatCen and the UK in a Changing Europe, the opinion poll indicates 59 percent of the electorate would vote against Brexit, while the remaining 41 percent would back it in a new vote.

However, despite the seemingly growing anti-Brexit sentiment in the UK, researchers pointed out that the sample was slightly skewed in favor of the EU and some respondents didn’t vote in the 2016 referendum, which saw 52 percent vote leave.

Sir John Curtice, a polling expert and report’s author, said the poll shows a significant swing in support of staying in the EU, claiming, in practical terms, 54 percent would vote remain.

“This still means that there has apparently been a six-point swing from Leave to Remain, larger than that registered by any of our previous rounds of interviewing, and a figure that would seemingly point to a 54 per cent (remain) vote in any second referendum held now,” Sir John Curtice said in the report.

© Sputnik / Alexey Filippov
UKIP MEP Explains Why No Deal Brexit Is the Best Deal UK Can Get
As Brexit negotiations have dragged on and the prospect of a no-deal Brexit looks increasingly likely, more and more Brits are withdrawing their support for Brexit, with campaigners calling for another referendum to be held, especially if talks with Brussels fail to yield a trade deal.

Others have called on the government to at least delay the deadline to give negotiators more time to hammer out a workable deal, urging the British government to do everything in its power to avert a hard Brexit.