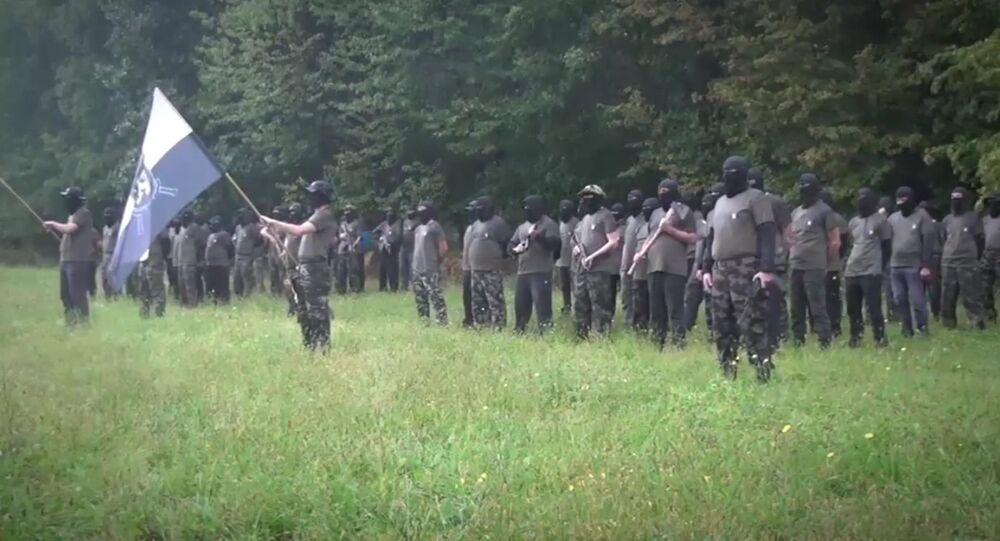 "President Pahor stresses that Slovenia is a safe country in which no unauthorized person needs or is allowed to […] illegally care for the security of the country and its borders," the BBC quoted Pahor's Cabinet as saying in a statement.

It was echoed by outgoing Slovene Prime Minister Miro Cerar, who described the formation of the so-called Stajerska Guard group as an "absolutely unacceptable" step which he said "needlessly stirs up fear and spreads hatred."

Sisko, who earlier served a two-year jail sentence for attempted murder, called the group a voluntary defense force consisting of "several hundred people" who would "secure public peace and order" if needed.

He also admitted that the weapons carried by Stajerska Guard members had not been registered with authorities.

"The police have not visited me so far but I expect their visit. We are doing nothing wrong and we would be even interested in co-operating with the police," Sisko pointed out as cited by the BBC.

At the same time, he made it clear that his unit "would not watch quietly" if policeman attempted to disarm them.

© REUTERS / Antonio Bronic/File Photo
Slovenia's New Anti-Migrant Measures 'Illegal Under International and EU Law'
He spoke as Slovenian police launched an investigation in the group, which denies being a paramilitary unit even though they are seen in the video posing with assault rifles.

Euronews has, meanwhile, reported that the Stajerska Guard is allegedly poised for "a hot autumn that will turn Slovenia into Venezuela" and that the group is preparing for a "war" with Muslims and left-wing organizations. The news outlet also cited Sisko as saying that the group was formed on June 24, 2017.

European Countries to Deploy 400 Policemen in Slovenia to Tackle Migrants