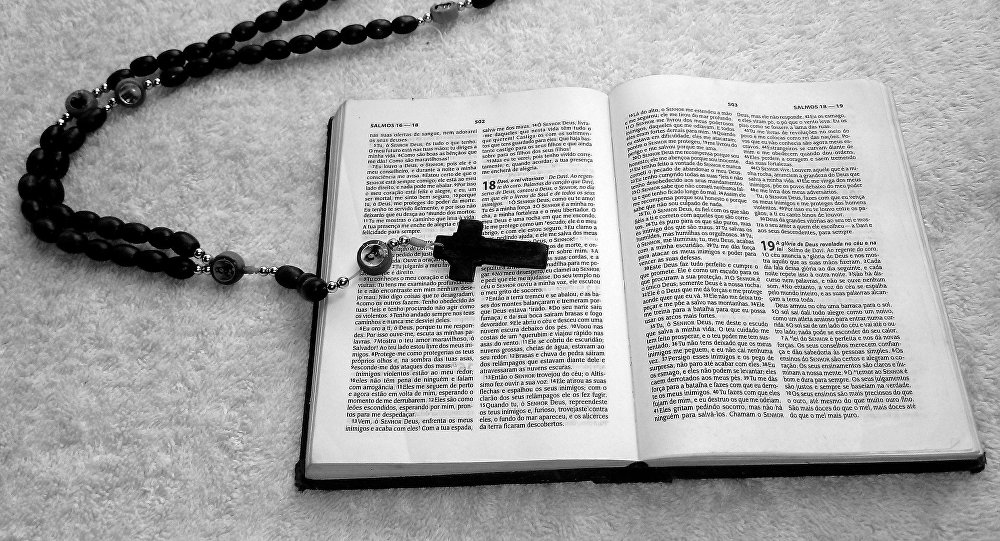 The incident came as the Dutch Bible Society, which includes a number of Flemish members, insisted that a New Testament excerpt on the submission of women should not have been "ripped out of its context" when it was read on Belgian TV.

Sven Gatz, the minister for media in Belgium's Flanders region, called for a ban on the BBC's Songs of Praise-style religious programs on Belgian television after an unidentified Catholic lay reader recited Bible verses urging women to submit to their husbands during a service aired on the country's radio and  television station VRT.

"Of course I am not behind these kinds of statements. The fact that they come from an old book is not an argument for letting them go to our people. This is not of this time, and that it is broadcast on the VRT for the whole of Flanders is already completely crazy," Gatz said, in an apparent reference to the Bible.

Earlier, he warned against making "outdated, woman-unfriendly statements," writing on his Twitter page, "What if, for example, an imam would have said this?"

Gatz, a member of the Flemish liberal party Open VLD, referred to the on-screen reading of Ephesians 5:22-33 in the New Testament, which specifically called on women "to be submissive to your husband as the husband to the Lord."

© CC0
With God's Help: Sicilian Mafia Reportedly Makes Money Off Religious Fest
A spokesperson for the Dutch Bible Society, which includes an array of Flemish members, in turn, insisted that the excerpt in question should not have been "ripped out of its context" and that "the contested statement is preceded by a very different sentence: 'Accept each other's authority out of respect for Christ.'"

"This indicates that this is a very different matter than legitimization of the oppression of women by men," the spokesperson underlined.

The VRT, for its part, said in a statement that it continues to perceive the broadcasting of religious programs as "a service to the viewers" and that the channel "has no problem with these broadcasts leading to debate and discussion."