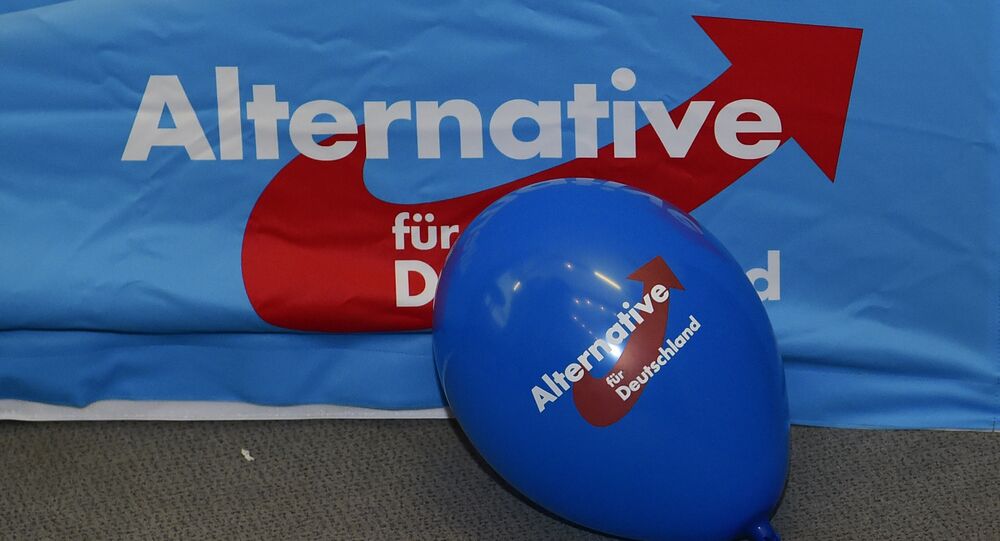 MOSCOW (Sputnik) - As many as 17 percent of the German voters would back the right-wing Alternative for Germany (AfD) party if the election was held next Sunday, putting them ahead of the Social Democratic Party of Germany (SPD), a poll showed.

The Greens might hope for 13.5 percent of the vote.

READ MORE: There Were No Stabbing Incidents in Germany Before Merkel's 'Open Border'- AfD

On August 28, an INSA poll had the SPD and the AfD tied for the second place with 16 percent of the vote each, potentially.

© REUTERS / Matthias Rietschel
Chemnitz Mayor Insulted Populace Amid Protests Over Killing of German Citizen – AfD Member
The anti-immigration, right-wing AfD began the year with 13 percent, as of January 2, while the SPD was at 19.5 percent at the time.

Germany has been facing a number of migration-related issues this year, starting from the disagreements between the CDU and the CSU, which almost led to the resignation of Interior Minister Horst Seehofer, the leader of CSU, urging for a tougher immigration policy.

More recently, the city of Chemnitz in East Germany has seen several right-wing rallies and counterprotests, following the killing of a German citizen. The police have detained two suspects of Iraqi and Syrian origin.