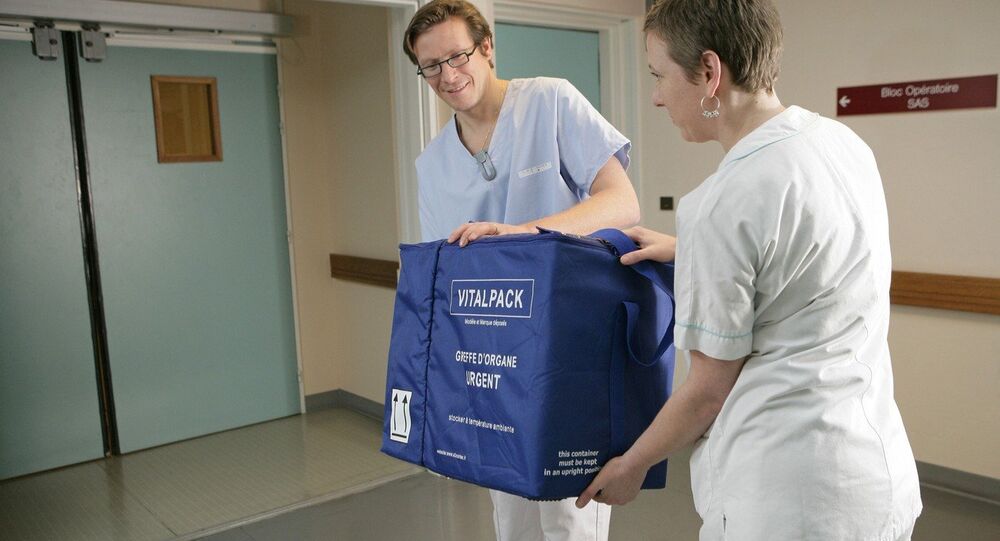 Jens Spahn has called for an overhaul of Germany's organ transplant program as the country's per capita rate of organ donors reached a record-low level last year. However, his proposal has faced a backlash from the national ethics watchdog, which opposed what it called a compulsory contribution of organs.

German Health Minister Jens Spahn called for the adoption of a so-called opt-out (presumed consent) system, under which organs are donated automatically if a person fails to give an explicit refusal.

"I am in favor of a double opt-out solution," Spahn told the newspaper Bild on Monday. "That's the only way to make organ donation the norm."

The minister argued that politicians had earlier failed to boost the declining number of organ donors but admitted that the legislation he's calling for would mean a violation of "the freedom of the individual" by the state.

His comments drew sharp criticism from Peter Dabrock, Chairman of Germany's Ethics Council. In an interview with the news agency EPD, he warned that if adopted, such a law would mean a "fundamental change of paradigm," turning organ donation into "compulsory organ contribution."

At the moment, DW reports, all German citizens are quizzed on regular basis on whether they would like to sign a non-mandatory declaration of willingness to donate organs after death. A person can donate organs only if permission has been given. If a deceased person hasn't expressed any preference, it's up to close relatives to decide to allow it or not.

According to figures from the German Organ Transplantation Foundation, the number of organ donors hit a record-low number of 797 last year, down by 60 from 2016. There are currently around 10,000 people in Germany waiting for an organ donation, Spahn remarked.

The number of donors in Germany has been on the decline ever since the organ transplant scandal that rocked the country in 2012. Back then, a surgeon was charged with fraudulently manipulating his patients' test results, making them look worse than they were in order to push them to the top of the transplant list.

Future of Organ Transplants: Will We 3D-Print Hearts to Save Lives?