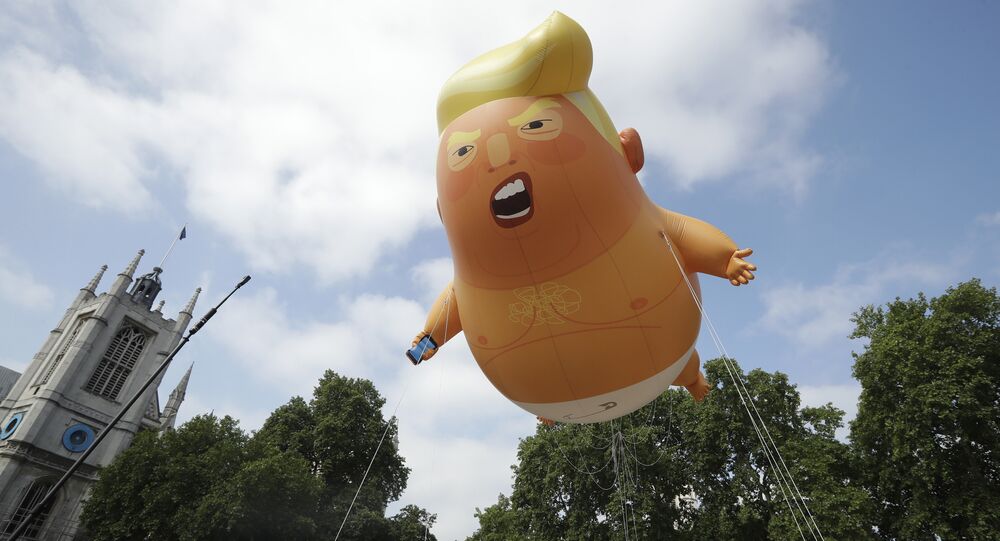 The PM’s comments come as anti-Trump activists reportedly plan widespread protests to meet the US president upon his arrival.

Donald Trump's upcoming trip to Ireland should be respected, according to the country's Prime Minister, Leo Varadkar.

During an interview with Ireland's RTE Radio 1, Mr Varadkar conceded that while many in his country strongly disagree with President Trump's policies, respect for the office of the President is of the utmost importance.

"I know a lot of people dislike him. A lot of people object to him, a lot of people disagree with a lot of his policies, just as I do in fact, but he is the president of America. He is elected according to their rules, and the relationship between Ireland and the United States is so strong and so important."

"I think we have to treat his office with the respect that it deserves," he added.

The Irish president, who enjoys reasonable levels of popularity among his people, also reminded listeners that former US presidents had also visited Ireland.

"There is an open invitation to the US President to visit Ireland at any time, I think they've all visited since [Ronald] Reagan, if not before."

Although Mr Varadkar made it clear that he was happy to host Mr Trump, he did admit that news of the visit came as somewhat of a last minute surprise.

"We hadn't known until just a couple of days ago that he was going to take the opportunity of his visit to Paris for the Armistice commemorations, commemorating a hundreds of years of the end of the First World War, to visit Dublin, and also he's going to go to Doonbeg too," the PM said.

READ MORE: 'PM May Should Be Condemning Him:' UK Anti-Trump Protesters Talk to Sputnik

Varadkar's remarks come on the heels of an announcement by activists that the now famous balloon caricaturing Mr Trump as a giant baby will be flown at protests set to coincide with the president's arrival in Ireland.

Actually @simoncoveney @realDonaldTrump is NOT welcome here by so many. Please hear us. We are already galvanizing our protest within minutes of the announcement. You ain’t seen nothing yet. The Ronald Reagan visit protest will pale into insignificance .

Those behind the plan say that Trump's trip presents "an excellent opportunity" to taunt the US leader in the same way as was done during his visit to London in July for talks with British Prime Minister Theresa May.