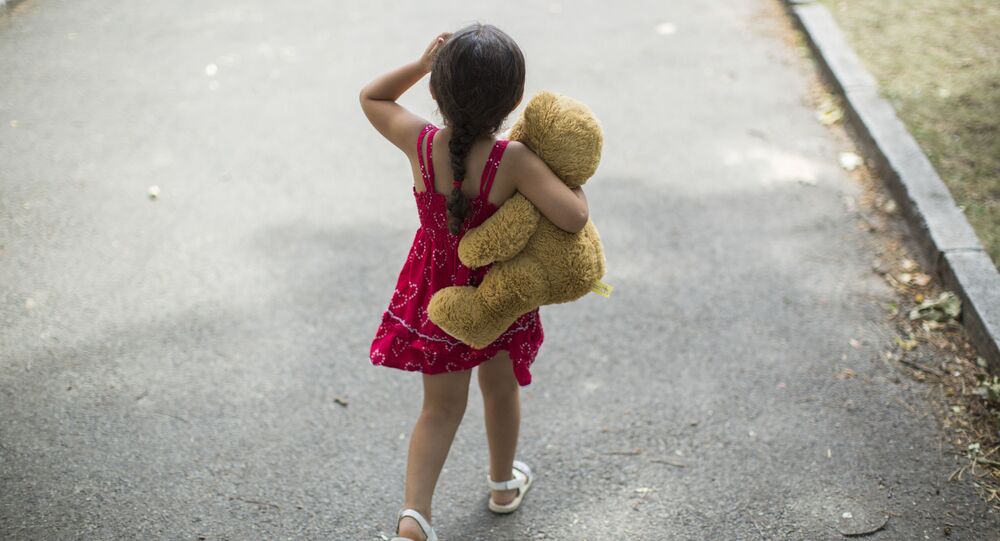 In a flagship speech, the Home Secretary Sajid Javid said an estimated 80,000 men posed a threat to children in the UK and he promised to make it his "personal mission" to tackle all forms of child abuse.

A former police officer and five teachers were among 131 people arrested during a National Crime Agency crackdown on online child sex offenders.

"One officer I met during a visit to the NCA's Child Exploitation Online Protection Command, who had previously worked in counter-terrorism for over 20 years, told me how in all his years of working he's never been so shocked by the scale of the threat or the determination of the offenders as he is in his current job," said Mr. Javid in his speech on Monday, September 3.

.@sajidjavid outlines the scale & horror of online, including live streaming, child abuse. Reports of this crime have increased by x700 in the last 5yrs.

​"The threat has evolved a lot more quickly than the industry's response and industry has just not kept up. So let me say this — I'm not just asking for change, I am demanding it and the people are demanding it too — and if the web giants do not take more measures to remove this type of content from their platforms, I will not be afraid to take action," Mr. Javid warned the tech companies.

The NCA's lead in tackling child sexual abuse, Director Rob Jones, said the industry needed to step up to the plate and help law enforcement.

No child should suffer the horrific lifelong trauma of #ChildSexualAbuse – but 15% of girls & 5% of boys experience it before they're 16.

"We are seeing an increase in the number of sophisticated offenders using the dark web to groom and harm children on the mainstream internet. Investigators still have to deal with significant numbers of offenders committing preventable crimes such as viewing and sharing indecent images and videos known to law enforcement," said Mr. Jones.

"The technology exists for industry to design out these offences, to stop these images being shared. Whilst some online platforms have taken important steps to improve safety, we are asking them to take it to the next step, to innovate, to use their brightest minds, and to invest in preventing these online offences from happening in the first place," Mr, Jones added.

He said the initial suffering of the child abuse victims was made worse when those images were shared and it also significantly increased the chances of new abusers developing a sexual interest in children.

Ahead of Sajid Javid's speech on child sexual abuse online, here are the most common misconceptions about the subject, according to @Demos. If you don't hear all of them in the first 15 minutes of reaction I'll be very surprised pic.twitter.com/DQLu4Ni6Zg

In the last week, 225 search warrants were executed in England, Scotland, Wales and Northern Ireland, 131 arrests were made and 164 children were safeguarded.

Thirteen of those arrested were registered sex offenders and 19 held positions of trust, including teachers, a children's entertainer, a former police officer and two special constables.

700 Percent Increase In Referrals Since 2012

In 2014 then Prime Minister David Cameron announced the creation of a special NCA unit which would target pedophiles using the dark web and would liaise with GCHQ.

The NCA is seeing an increase in encryption or other ways of hiding illegal images and some of those involved are extremely sophisticated computer technicians.

In February Dr. Matthew Falder, a university postdoctoral researcher, was jailed for 32 years after admitting 137 offenses relating to sadistic "hurt core" material on the dark web.

Offenders use the dark web to groom and harm children on the mainstream internet and much of the abuse takes place in the Philippines, Africa or Latin America, with people in the UK and other countries viewing live streaming.

"Technology plays a significant part in all online investigations and there is an expectation that technology companies acknowledge their social responsibility in preventing and designing out this type of offending from their platforms," said Mr. Bailey.

Earlier this year Steven Newlands, a teacher from Corby, Northamptonshire, was jailed for 16 months for possessing 192 child abuse images, including 15 in the worst category.

Some of the children were as young as four.

"Newlands is every parent's nightmare, responsible for the welfare of children by day while taking gratification from images depicting vile child sexual abuse by night," said an NSPCC spokesman.

US University Regent Apologizes for Comparing Gays and Pedophiles