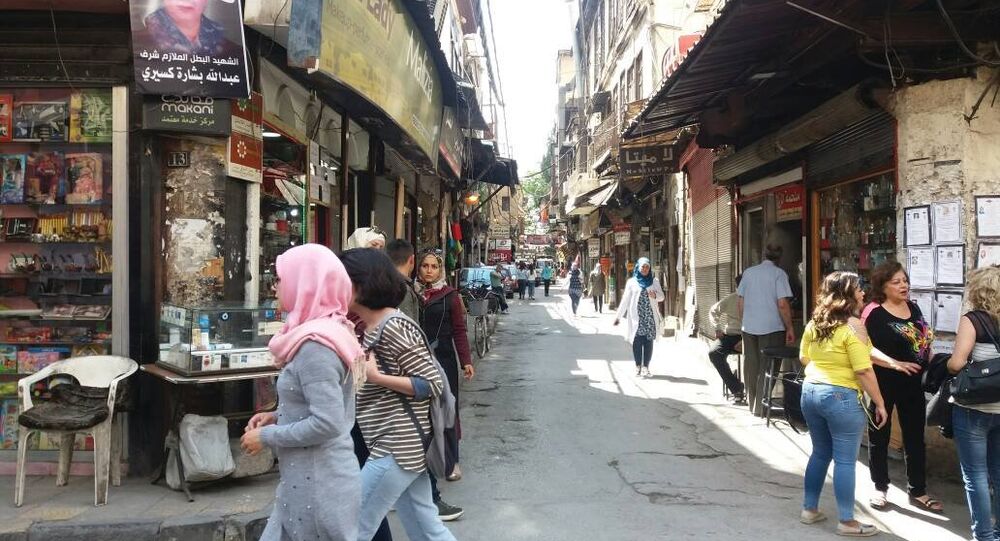 The recently-established right-wing party Alternative for Sweden (AfS) is betting on public support for its advocacy of the repatriation of migrants, and Syrians account for a large proportion of the refugees to have arrived in Sweden during the recent years' migrant crisis.

Swedish MP Mikael Jansson of the Alternative for Sweden party has visited Syria at the behest of the Syrian parliament in order to discuss the return of refugees to the Middle Eastern nation, the party's press release said.

Among others, Jansson met Hammouda Sabbagh, the speaker of the Syrian parliament and the country's top Muslim leaders with ties to President Bashar Assad, and was followed by the representatives of major Syrian newspapers and TV channels.

According to the press release, the Syrian response has been largely positive: yes, repatriation can begin now. Those who entered Sweden with fake papers and are often not Syrians at all are not welcome, though, and neither are war criminals pending international justice.

"A Syrian bishop urges his compatriots to come home. Syria is 96% secured from terrorism, and Syrians in Sweden should contribute to the rebuilding of their country. Time to go home!" AfS senior member William Hahne tweeted.

​Furthermore, Jansson visited areas outside of Damascus, which were previously under terrorists' control but were later liberated by the Syrian Army. He also donated half a liter of blood to a blood bank in Damascus in order to support the Syrian soldiers, becoming the first European MP to do so.

Lastly, Jansson also visited the Christian city of Maaloula, where Aramaic is spoken. The city was previously hit hard by terror, but is now rebuilding. Local priests also argued that it was time for the Christian refugees to come home and contribute to the reconstruction process.

"It's important to be able to see for oneself what is actually happening in Syria, because you cannot rely on media in the West," Mikael Jansson commented.

According to him, the repatriation of refugees is one of Syria's pivotal interests of in terms of economy, society and culture.

"In addition to direct human losses suffered by Syrians, the war in Syria also happens to be a war of civilizations. Syria is one the cradles of the civilization and is usually a self-sufficient state. Had Syria fallen into the hands of terrorists, the consequences would have affected the whole world," Jansson said.

Syrians constituted one of the largest population groups that flocked to Sweden during the recent years' migrant crisis. As of 2017, there were over 170,000 people born in Syria living in the Scandinavian nation of 10 million, according to Statistics Sweden.