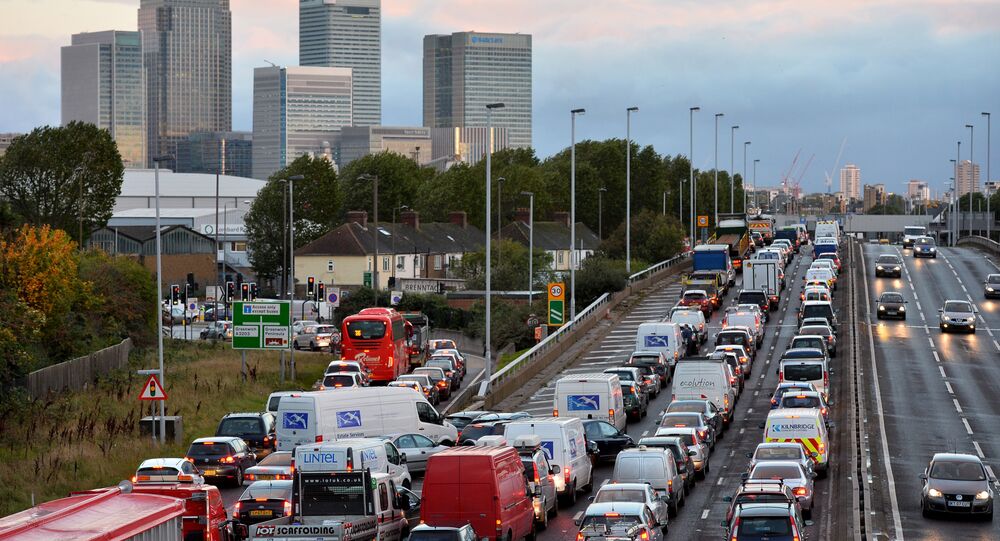 The strict new measure allows police to revoke license immediately and forbids drivers from proceeding with their journey.

A new measure being introduced in the UK would allow the traffic police to revoke drivers' licenses on the spot if a driver fails a vision check, British media report Monday.

The vision test is as simple as a circle: a driver must be able to read a road sign from a distance of 20 meters. If the driver fails, their license may be revoked immediately and they are forbidden from driving any further.

"Not being able to see a hazard or react to a situation quickly enough can have catastrophic consequences," says police spokesman Rob Heard, adding that traffic police officers would carry out the checks "at every opportunity."

The police say the initiative would involve Thames Valley, Hampshire and West Midlands forces; it is so far undisclosed when it would encompass the entire country.

The legislation that grants traffic police the ability to conduct these checks was introduced back in 2013 and is named "Cassie's Law," after 16-year-old Cassie McCord, who died after an 87-year-old-man lost control of his car in Essex. The investigation of the incident proved that the driver jad failed a vision checksays earlier, but was allowed to drive because of a legal loophole.

© AP Photo / Gene J. Puskar
Toyota to Invest $500Mln in Uber, Boost Joint Work on Driverless Cars
Last year, a 72 year-old-driver killed a 3-year-old girl at a pedestrian crossing, one week after being told his vision was too poor for him to drive safely, even when he wore his glasses. The man was not even wearing his glasses at the time of the incident, the Daily Telegraph reports.

A study by the Association of Optometrists published last year says that 35 percent of optometrists had seen patients in the previous month who were driving despite having been told their vision was below the legal standard. Based on this study, some 1 million people in the UK are believed to be driving illegally; the roadside vision checks are supposed to provide some more precise numbers. Another study from 2012 by RSA insurance estimated that eyesight problems cause almost 3,000 casualties per year in the UK. This is roughly four times the annual number of homicides that occur in Great Britain and Northern Ireland.

Joshua Harris, director of Brake, a charity campaign for road safety, supports the initiative, saying it is "madness that there is no mandatory requirement on drivers to have an eye test throughout the course of their driving life."

"Only by introducing rigorous and professional eye tests can we fully tackle the problem of unsafe drivers on our roads," he added.