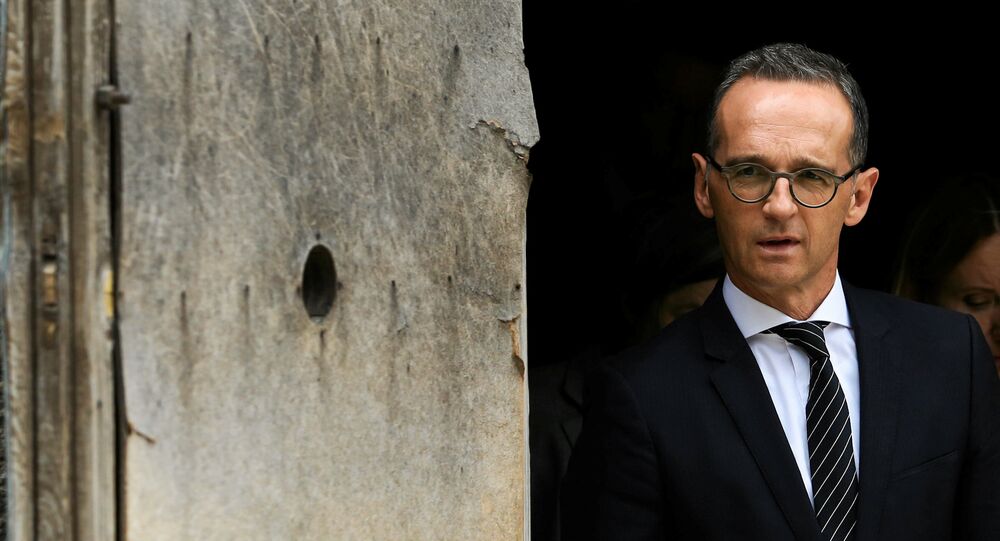 Week-long mass anti-migration protests erupted in Chemnitz on August 26 after a 35-year-old German was stabbed to death in a street brawl and two alleged perpetrators from Iraq and Syria were arrested on a suspicion of murder.

According to the DPA news agency, the rallies in Chemnitz gathered a total of 11,000 protesters, demanding immediate deportation of all undocumented migrants from Germany. Local media suggested the right-wing Alternative for Germany (AfD) party has won solid support in the state and reportedly poised to become at least Saxony's second biggest political force in the next regional elections.

© Sputnik / Stringer
WATCH: Portraits of Alleged Migrant Attacks' Victims Displayed at Chemnitz Protests
On Sunday, German Foreign Minister Heiko Maas urged Germans to "get off their sofas and open their mouths" against spreading xenophobia, Bild reported. "All of us have to show the world that we democrats are the majority and the racists are the minority," Heiko Maas told the Bild newspaper.

"When it comes to xenophobia, right-wing extremism and racism, Germany is watched especially critically — rightfully. When the Nazi greeting is again shown today in our streets, it's a shame for our country. We must resist the ultra-right. We should not behave as if nothing is happening. We must show up against neo-Nazis and anti-Semites," Heiko Maas was quoted as saying by Bild.

Meanwhile, right-wing parties are surging in elections throughout much of Europe in response to a unprecedented influx of undocumented migrants, mainly from the Middle East and North Africa.