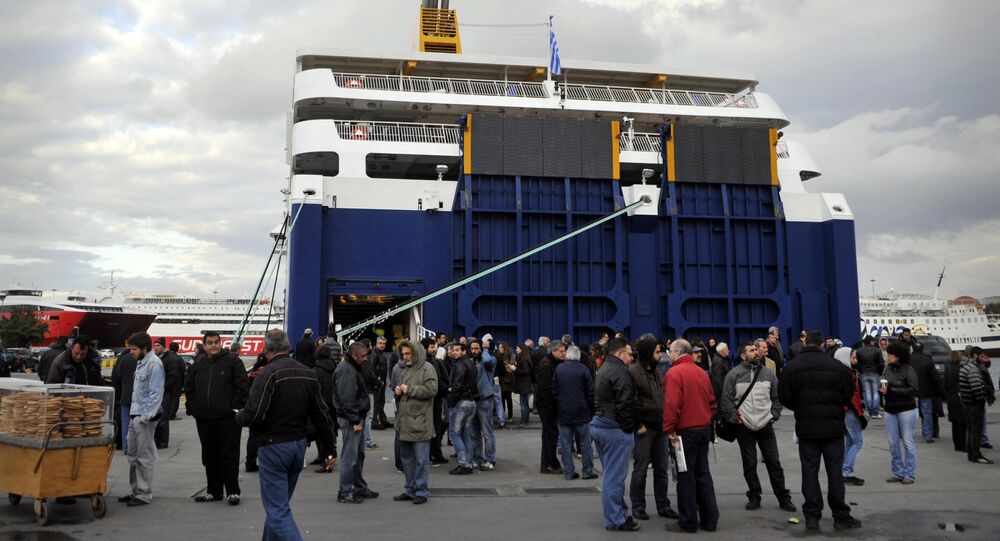 The stoppage comes at the very end of the summer holiday season as ferry operators lay on extra services on Sunday to cover weekend demand, AFP reported.

According to AFP, Greek ferry vessels will stay in ports through Monday, bringing inter-island routes to a halt after the influential federation of Greek Seamen (the PNO union) called for a 24-hour strike over demands for a living wage in the impoverished country. The PNO Union called for the strike after ferry operators failed to comply with workers' requests for a five-percent pay raise.

This scaled strike is the first such union action in Greece since Athens emerged on August 20 from three international bailouts and eight years of deep spending cuts at the hands of the EU.

A series of crises hit Greece in the aftermath of the global financial downturn of 2007-08. Between 2010-2012, 52.9 billion euros in loans were disbursed to Greece by eurozone members under the so-called Greek Loan Facility to help Athens. In 2012-2015, Greece received 141.8 billion euros in loans from the European Financial Stability Facility.

Greek authorities were forced to carry out unpopular austerity-based reforms in exchange for the loans, prompting widespread public protest.