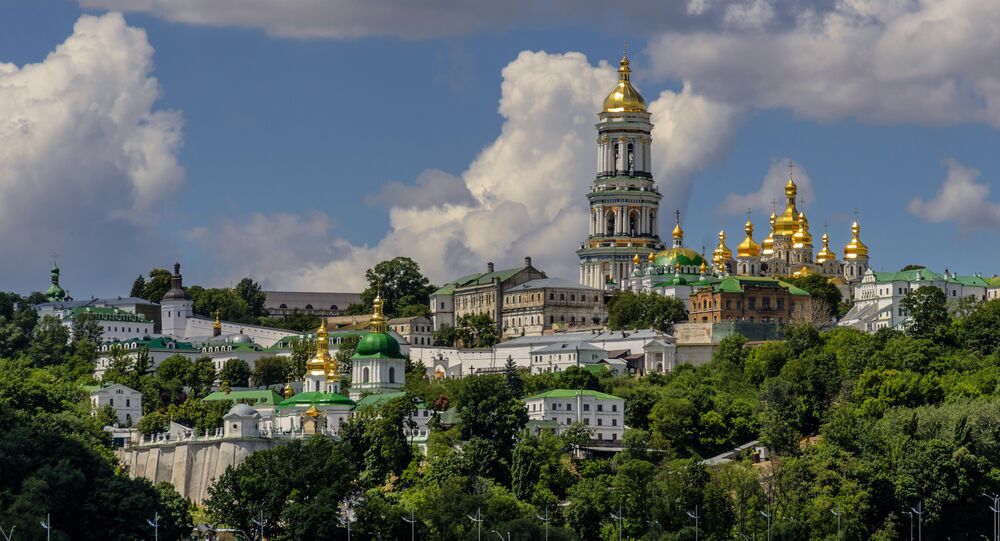 KIEV (Sputnik) - Reports about the decision to grant autocephaly to an Ukrainian church allegedly taken by the Ecumenical Patriarchate are false and distort the reality, the Ukrainian Orthodox Church of the Moscow Patriarchate (UOC-MP) said on Saturday.

© Sputnik / Alexey Kudenko
Ukrainian Politicians Must Stop Meddling in Church Affairs - Archbishop
"In connection with the massive spread of false information that distorts the words of the Ecumenical Patriarchate spokesman, Metropolitan Emmanuel (Adamakis) of France, following the meeting of the Constantinople and Moscow Patriarchs in Istanbul on August 31, 2018, the following should be clarified: in his statement, Metropolitan Emmanuel did not say that the Ecumenical Patriarchate had decided to grant autocephaly to the church in Ukraine," the UOC-MP said in a statement.

It noted that Metropolitan Emmanuel had said after the meeting that the Ecumenical Patriarchate had decided to consider all the ways how the autocephaly of the Ukrainian Orthodox Church might be proclaimed.

"This decision was made in April, and we are already implementing this decision, and the Ecumenical Patriarchate also informed Patriarch Kirill about this during his visit," the UOC-MP quoted Metropolitan Emmanuel as saying.

It stressed that this statement no way meant that granting autocephaly was an approved decision".

Ukrainian President Petro Poroshenko is trying to achieve recognition of non-canonical institutions and to create a single local autocephalous church based on them. In April, Poroshenko said that Ecumenical Patriarchate of Constantinople was launching the procedures required to establish the Autocephalous Church in Ukraine.

In response to the appeal of the Ukrainian secular authorities, the Synod of the Constantinople Patriarchate said that it had decided to be in close contact with other sister Orthodox churches to obtain their information and enable coordination regarding the request.