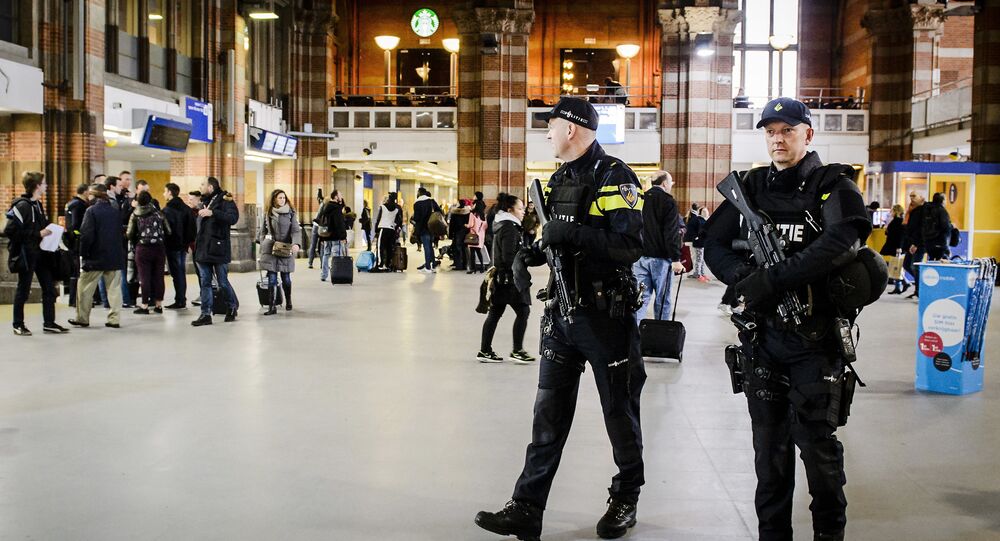 Suspect in Stabbing Attack in Amsterdam Had 'Terrorist Motive' - Authorities

Amsterdam authorities commented on the recent knife attack in say Amsterdam that injured two US citizens.

"Following an initial statement, it has emerged the man had a terrorist motive," Amsterdam city hall stated.

Earlier in the day, the US Embassy reported that the individuals injured in the Friday stabbing attack at Amsterdam's Central Station were both US citizens.

"We are aware that both victims were US citizens and have been in touch with them and their families," US ambassador Pete Hoekstra said in a statement.

A stabbing assault took place on the afternoon of August 31 at the Central Station in Amsterdam where two people were injured and the suspect shot.

"We wish them a speedy recovery and are working closely with the City of Amsterdam to provide assistance to them and their families," US ambassador Pete Hoekstra stated.

Local news reports announced that the stabbing had taken place after a fight between two people on a railway platform.

The police stated that his motives remain unknown.

About 250,000 people use Amsterdam's Central Railway Station daily, with frequent trains connecting it to the city's Schiphol Airport.