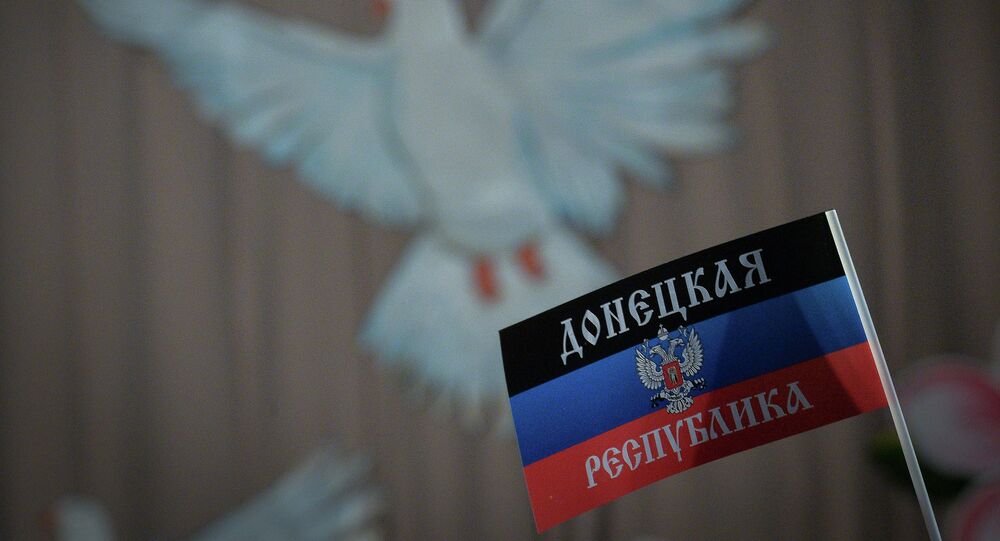 Trapeznikov also said Friday that he was not ruling out the possibility of military provocations by Ukrainian forces after the assassination.

"Provocations are expected. We are aware of the plans by the Ukrainian side, we've noted military equipment movements. A number of violations have been registered. We are putting our ears to the ground, controlling the situation," Trapeznikov said.

© Sputnik / Alexey Kudenko
Life and Death of Assassinated DPR Head Alexander Zakharchenko
Meanwhile, DPR authorities will continue seeking integration with Russia after the murder of its president, the region’s new leader said Saturday. "Our foreign policy remains unchanged, it is integration with the Russian Federation," acting DPR leader Dmitry Trapeznikov said in a statement circulated by his press office.

Alexander Zakharchenko, 42, the leader of the breakaway region in eastern Ukraine, was killed Friday in a blast at a cafe in central Donetsk at an event honoring the recently deceased native of the Donetsk region and iconic Russian singer, Joseph Kobzon. Eleven others were injured. Kobzon, a famous Soviet and later Russian singer and lawmaker, died Thursday at the age of 80. He had a prolific career and has been compared to Frank Sinatra for his crooner style.

The DPR’s finance minister Alexander Timofeev was taken to a hospital in a serious condition after the explosion in the cafe.

© Sputnik
US May Have Taken Part in Zakharchenko Assassination - DPR Official
Donetsk authorities said they were treating the bombing as an act of terrorism. Trapeznikov said several suspects had already confessed that the attack had been orchestrated by Ukraine, a claim denied by the country's law-enforcement agency, SBU.

The DPR authorities have strengthened security measures following the assassination. In particular, a curfew in the self-proclaimed Donetsk People's Republic has been extended by two hours to begin at 11:00 p.m. local time (20:00 GMT). The curfew was introduced in the DPR in 2014 after the beginning of the military conflict in the area between local militias and Kiev's forces. It was in place between 11:00 p.m. to 05:00 a.m. every day until July when Zakharchenko cut it to be in place between 01:00 a.m. and 05:00 a.m.

Russian President Vladimir Putin has referred to Zakharchenko's death as a "vile assassination" by those who preferred "the way of terror" to finding a peaceful solution to the four-year conflict in eastern Ukraine.