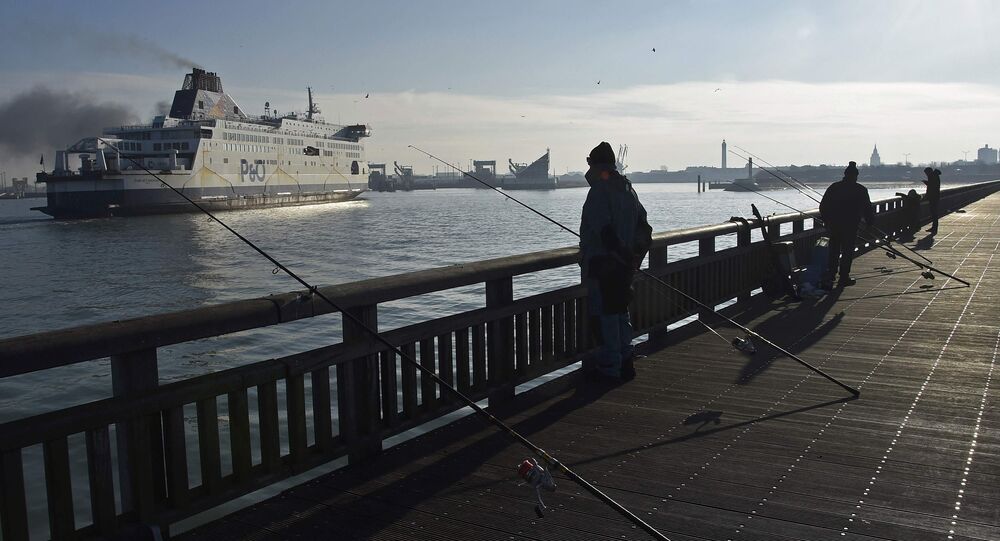 LONDON (Sputnik) - The governments of the United Kingdom and France have discussed the issue of so-called scallop wars between the fishermen of the two countries, Barrie Deas, the chief executive of the UK National Federation of Fishermen's Organisations told Sputnik.

"The UK vessels withdrew because of concerns over the welfare of their crews. The decision to return to this area lies with individual vessels. Contacts between the UK and French government have been made to de-escalate the issue," Deas said.

© Photo : Anthony Quenel/facebook
Scallop Wars Heat Up: EU Says UK, France Must Resolve Conflict Themselves
The federation insisted that the actions of the French fishermen were unlawful, but added, at the same time, that it did not approve of the UK fishermen's calls to return to the zone of collision and called on them to avoid actions that might further aggravate the situation.

"This behaviour [of the French fishing vessels] is unacceptable and the French authorities have primary responsibility for enforcing the law in this area," Deas stressed.

On Tuesday morning, approximately 40 French fishing boats attempted to prevent five UK larger vessels from fishing in the Bay of Seine, with boats trying to ram each other and fishermen throwing stones at one another. As a result of the collision, a Scottish vessel was damaged. Meanwhile, certain UK fishermen announced their decision to return to the disputed area, but with backup on Monday, September 3.

Clashes between UK and French fishermen are quite common in the English Channel, with the French side, whose fishing season is limited to about eight months, accusing the Britons, who are allowed to carry out fishing activities throughout the year, of overfishing.