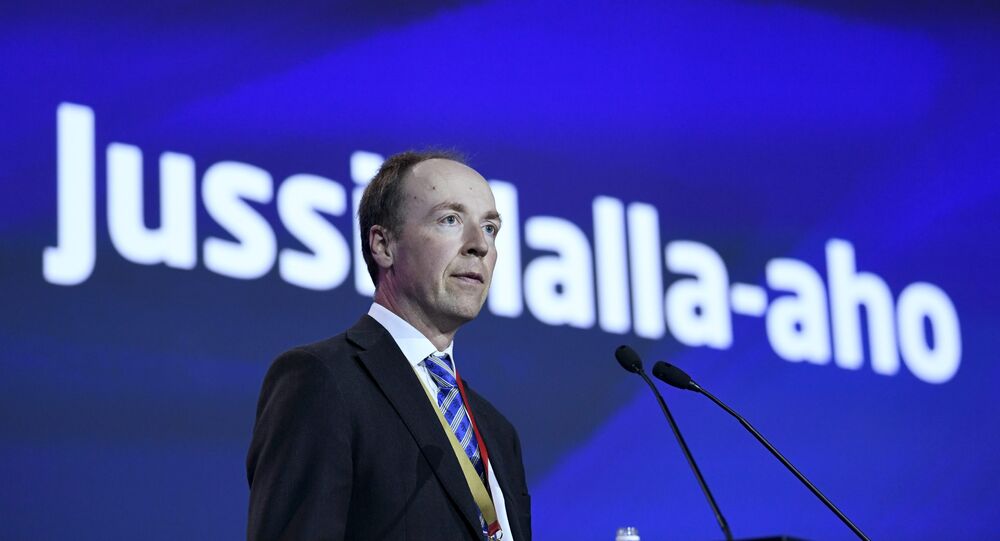 Jussi Halla-aho has claimed representatives from the Finns Party never sided with right-wing extremists during a march in Turku commemorating the victims of a 2017 terrorist attack and has berated the government for failing to organize a ceremony of its own.

Finns Party leader Jussi Halla-aho has dismissed allegations by the Finnish media about party members marching side by side with neo-Nazis from the banned Nordic Resistance Movement (NMR) as "fake news" and "groundless speculation," national broadcaster Yle reported.

The daily newspaper Helsingin Sanomat previously claimed that the Finns Party and NMR members both participated in the same event to commemorate the victims of the Turku stabbing in 2017, organized by the nationalist organization Kansallismielisten liittouma. According to the police, the meeting gathered about 300 participants.

Jussi Halla-aho insisted that his party's members were there to honor the victims and their relatives and called it a shame that the anniversary of the terrorist attack wasn't otherwise commemorated.

​Halla-aho stressed that while certain extreme movements are attracted to the Finns Party simply because the party dares to talk about immigration; there are no extremists in the party's midst. Halla-aho emphasized that in a free country people are free to participate in any event they please and said there was nothing to be discussed.

The Nordic Resistance Movement (Nordiska Motståndsrörelsen, NMR) is a pan-Scandinavian organization (bar Denmark, whose NMR affiliate disbanded in 2016) that numbers several hundred members and seeks to establish a single Nordic National Socialist ethno-state, while stopping immigration from "non-white" countries. In 2017, the NMR was banned in Finland, although many experts predicted that the ban only was declarative, as its members would resurface in one way or another.

The Finns, formerly known as the True Finns, are Finland's leading right-wing party. Under the leadership of Jussi Halla-aho, the party is steadily recovering from a dramatic 2017 schism, when half of the party's members, including heavyweights like Foreign Minister Timo Soini, Defense Minister Jussi Niinistö and European Affairs Minister Sampo Terho split off to form the Blue Reform party. While the Blue Reform enjoys the support of only 0.8 percent according to the recent polls, the Finns are supported by 10.3 percent of the population.