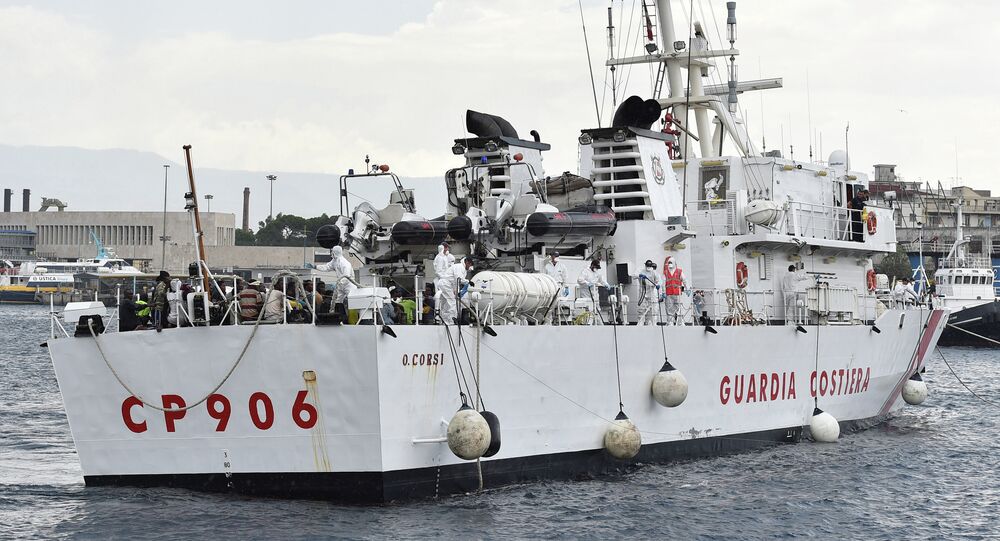 The Italian government has accused fellow EU members of abandoning Rome as it struggles to cope with migrants making the perilous journey from Africa across the Mediterranean.

EU member-states have ignored a call by Italy for France and Spain to make their ports available for the disembarkation of migrants rescued in the Mediterranean Sea, The Guardian wrote.

During a meeting of EU defense ministers in Vienna, the Italian representative, Elisabetta Trenta, called for the rotation of the ports rescue ships dock at in order to ease Italy’s burden.

© CC BY-SA 2.0 / Elliott Brown / Como Cathedral - Piazza Duomo, Como - Italian and EU flag
Italy-EU Tensions Over Migration Grow Amid Threats to Veto Bloc's Budget
The EU’s foreign affairs commissioner, Federica Mogherini, said that the Italian proposal had neither the required unanimous backing of the other members nor was it likely to find support any time soon.

She added that the EU’s Operation Sophia search and rescue mission in the Mediterranean must continue beyond its current term, which ends in December.

“To the question of, ‘Do we want and firmly want to continue Operation Sophia,’ the answer was definitely: ‘Yes,’” Mogherini emphasized.

This is at odds with the position of Italy’s interior minister and deputy prime minister, Matteo Salvini, who earlier threatened to end his country’s participation in the operation.

“We are preparing some proposals for Brussels as we did in the past. They always said no. If they continue saying no, we’ll deal with this [migration] on our own,’’ Salvini told reporters on Thursday.

The Italian call follows diplomatic rows in which rescue ships with migrants aboard were not allowed to dock in Italy unless other EU states agreed to take them in.

The two met on Tuesday to discuss “alternative strategies and the formation of a common anti-migration front.”

“We want to change Europe’s commission. We want to protect our borders. We are going to fight pro-migrant policies supported by [French President Emmanuel] Macron and [George Soros],” Salvini said.

Salvini, whose right-wing Eurosceptic League party formed a government in coalition with the Five Star Movement earlier this year, has taken a hard line on immigration, repeatedly saying Italy will “no longer be Europe’s refugee camp.”

Italy became the main gateway to Europe for hundreds of thousands of asylum seekers arriving by sea since the other main route from Turkey to Greece was largely shut down in 2016.