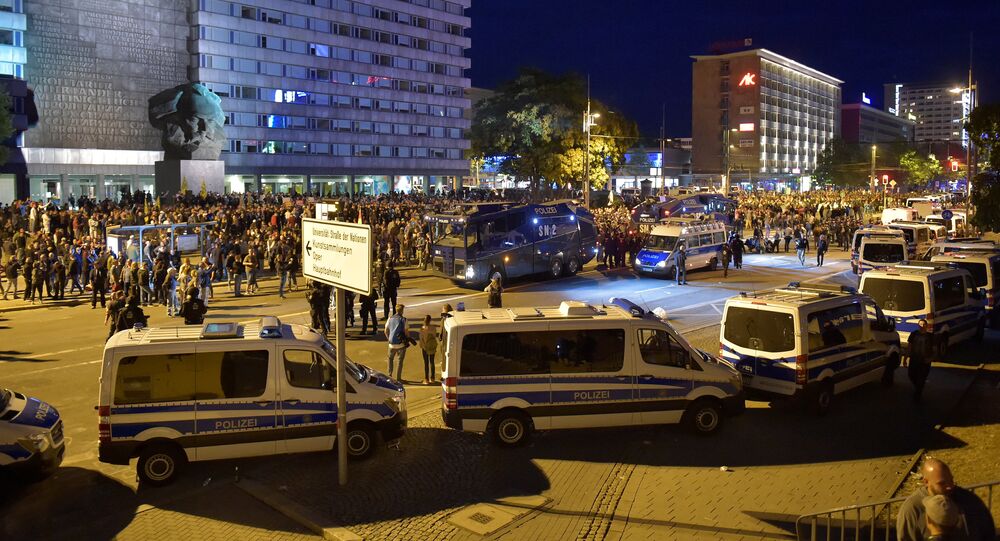 Unrest broke out in the Saxon city of Chemnitz earlier this week following the killing of 35-year-old Daniel H., who was stabbed to death, while two more people were wounded. Two young men, a Syrian and an Iraqi, have been arrested in connection with the incident.

According to the movement Pro Chemnitz, the protests will begin in the German town at 18:00 local time (16:00 GMT), just one hour before Saxony's Prime Minister Michael Kretschmer's meeting with local residents.

Police reported that at least 30 vans with policemen have been deployed to guarantee security during the meeting.

The death of a man, allegedly stabbed by migrants on August 26, triggered massive protests in the German town, with thousands of locals pouring onto the streets, leading to unrest and clashes with police, as well as subsequent clashes between left-wing and right-wing protestors. At least 18 protesters from both sides, as well as two police officers, were injured in the protests.