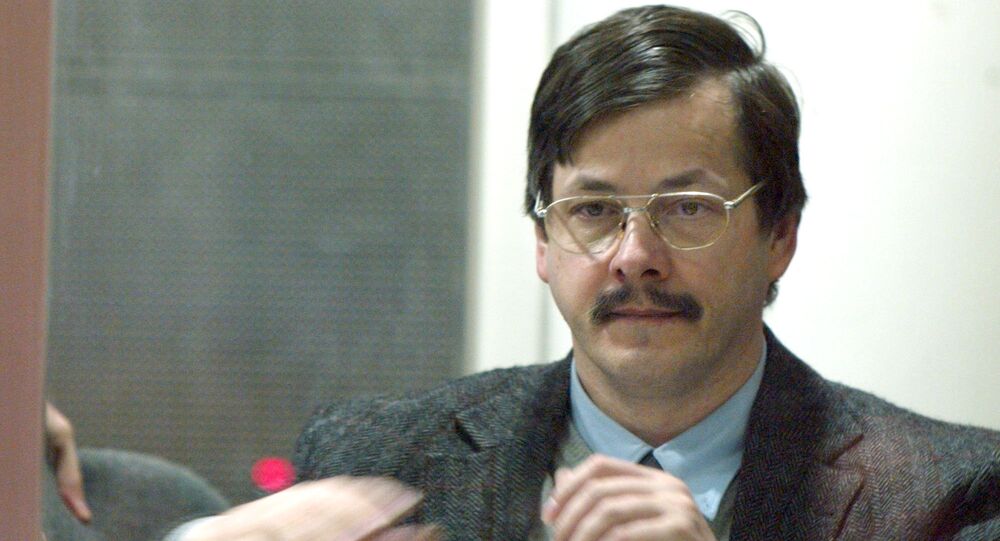 Marc Dutroux, who has been called “the monster of Belgium,” abducted, raped and murdered six girls in Belgium in the 1990s. He now says that it is his right to walk free.

In a letter written by his lawyer to his victims’ families, Marc Dutroux, who has spent 22 years of his life sentence,  talks of "restorative justice" in an attempt to help "heal their wounds, in some very modest way."

© AP Photo
UK Child Killer's Ashes Dumped at Sea as Victim's Remains Returned 30 Years Late
He also said he was "ready to provide answers if you wanted to pose questions."

Several families have rejected the approach as a cynical move aimed at securing parole.

Dutroux, who is now 61, and his wife were arrested for abduction and rape in 1986. He was jailed in 1989, but was released on parole just three years later.

Now free, he kidnapped six girls between 1995 and 1996, killing two teens and starving to death two eight-year-olds in his cellar.

Dutroux said he was part of a pedophile network of well-connected figures, and police incompetence in his case led to widespread accusations of a cover-up.

According to Belgian media reports, Dutroux needs to meet five criteria to secure parole, with three directly related to the victims.

The revulsion of the victims’ families was quite expected. The father of one of the murdered girls dismissed the letter as “a big publicity stunt from a lawyer with lots of time and few clients."

"After 23 years, it's time this circus just stops. We're not getting involved," another girl’s father told Belgian TV.

The other parents similarly denounced the letter as a sort of "moral torture" and “moral harassment.”

A lawyer representing one of the two girls who survived said, he would rather keep this sort of debate confined to the courtroom rather than being aired in public.