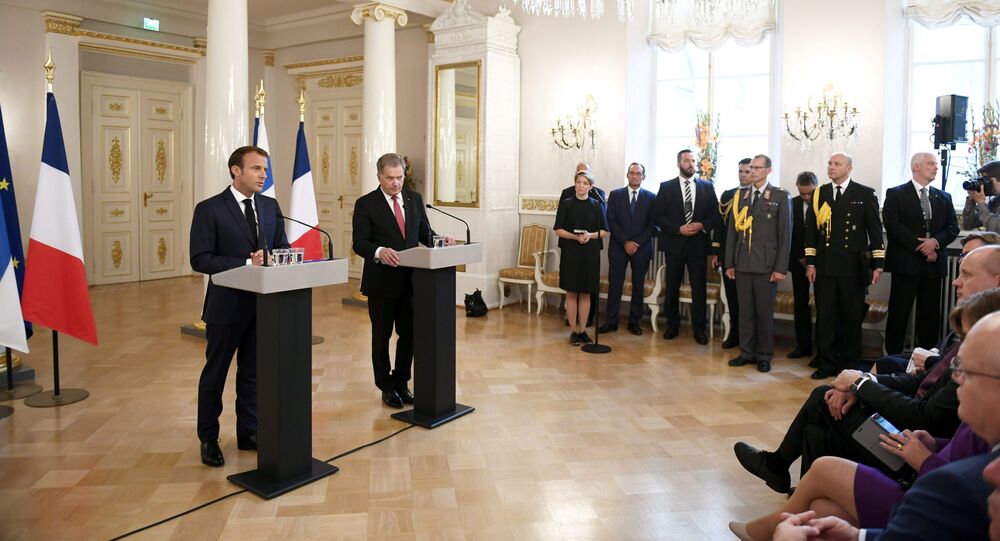 "In terms of cybersecurity, in terms of defense, of strategic partnership, it is possible, in fact, to envisage terms of a new common architecture between the European Union and Russia," Macron said at a joint press conference with his Finnish counterpart Sauli Niinisto.

The French president has stated that the continent's security shouldn't depend on the US.

"It is in our interest for the EU to have a strategic relationship with Turkey as well as with Russia that brings stability, that will in the long term bring more strength and coherency," Macron said in a press conference in Helsinki.

According to French President Emmanuel Macron, Europe can no longer rely on the United States for its security; France should build a strategic partnership with Russia and Turkey.

Emmanuel Macron earlier introduced an initiative to set up a European military intervention force that could be rapidly deployed in the event of a crisis.

The European Union plans to spend 20 billion euros on defense between 2021 and 2027, with the majority of it to be used in the research and development of new military technologies.