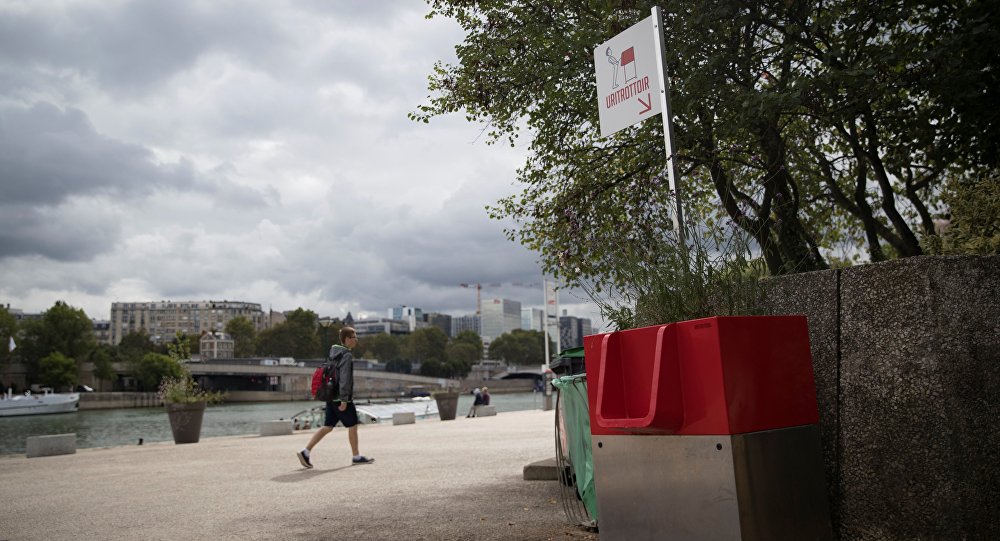 The controversial urinals allow men relieve themselves in public.

The highly controversial open-air urinals installed recently in Paris in an attempt to reduce urination in the streets have become a target of feminist activists, the Irish Times reports.

Some might guess the activists found public urination obscene and inappropriate — but no, what really bothers French feminists is that no such public accommodations were provided for women.

© Flickr / Peter O'Connor
German Cabinet Approves Third Gender Legal Designation
The red urinals, made to look like flower pots, have been plastered with stained women's hygiene products, and even blocked completely with concrete.

No particular group has taken responsibility for the vandalism yet, the media reports, but the notorious Femen organization, known for less-than-subtle protest actions, has already denied responsibility.

​However, equality campaigners, women's groups and local residents and parents have reportedly complained that the urinals are "sexist and discriminatory."

"These urinals are designed to comfort men and reinforce the idea that women aren't welcome in the public space. It is discrimination and reinforces the stereotypical, sexist idea that men can't control themselves in any way, including their bladders," Gwendoline Coipeault, of the feminist organisation Femmes Solidaires, told The Guardian.

"It is not just men who occupy the public space, but also women and children, who might not want to see men publicly urinate," she added.

"Frankly, these urinals are a provocation to women," says Chris Blache, a feminist and urban anthropologist. "It's not about prudishness; it's about gender equality in the public space." 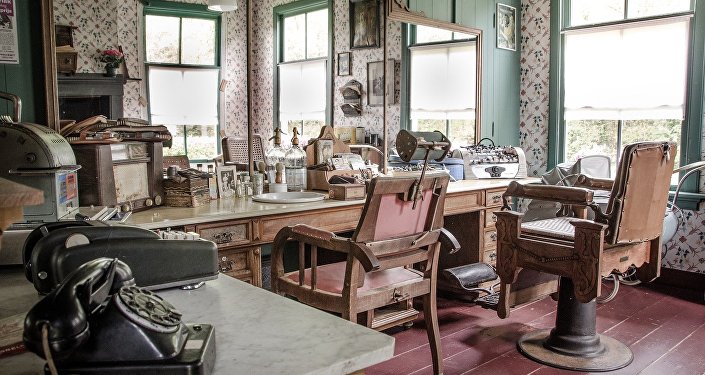 © CC0
Finnish Equality Ombudsman Clamors for Gender-Equal Barbershops, Beauty Salons
Blache criticized the idea that women should simply use the same urinals with the aid of a funnel.

"If a woman did that, it would be seen as a provocation and certainly not as the simple need to publicly relieve yourself after drinking too much beer, as it is seen for men," Blache said.

Despite both activists seeing the public uncovered urinals as a gender equality problem rather than an issue of basic public decency, each called for men to use traditional public toilets and said city officials should have focused on this. The open urinals will not solve the problem of public urination, Blache said.

Paris police reportedly filed 5,000 fines for people caught relieving themselves in public in the first half of 2018, with almost all of those cited being men. There are some 450 public toilets across the city, and feminists say men-specific urinals are simply not needed.

The city officials reacted to the vandalism by saying Paris is committed to gender equality.

"Paris would never promote a measure that discriminates against women," said Chloé Humpich of Paris' City Hall. "We regret that these urinals have been damaged. We hear the criticisms, and we're conscious of taking women's views into account."