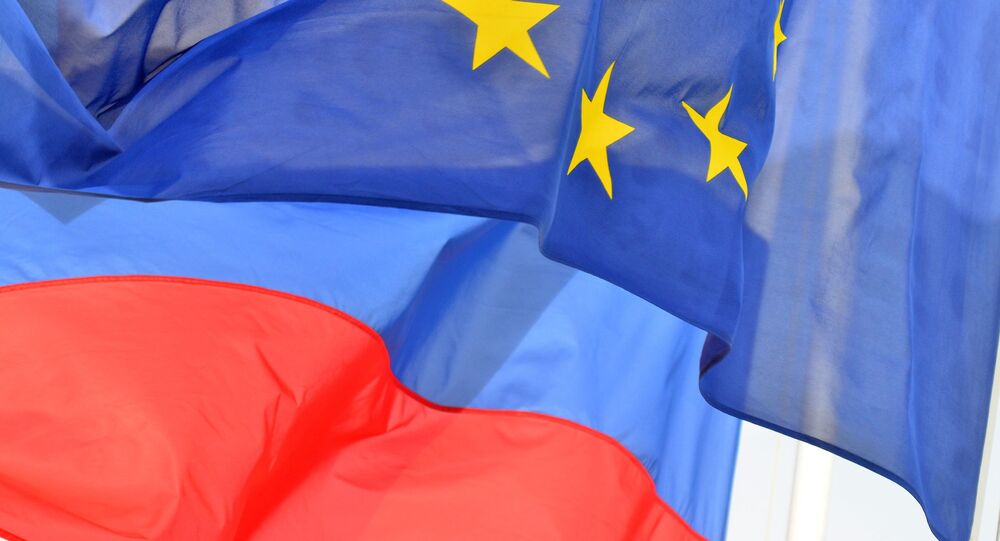 MOSCOW (Sputnik) - France must reconsider the European Union’s sanctions on Russia because the restrictions no longer serve their intended purpose and may even go on to harm France’s own economy, Sophie Primas, the chair of the committee on economic affairs of the French Senate, told Sputnik on Tuesday.

Primas, who arrived in Moscow as part of a delegation of French lawmakers, suggested that Paris reconsider the issue of sanctions, especially since they stood in the way of closer economic cooperation between the two nations.

"I personally think that doing sanctions — European sanctions against Russia — could be a bad thing for our own economy. So we are punishing maybe the wrong people," she said.

The senator went on noting that the bilateral economic relationship between Russia and France could be reinforced through cooperation in the agricultural sector,

"I think a strong relationship in the food business, in agriculture, is a way to reinforce our economic relationship," Primas, who arrived in Moscow as part of a delegation of French lawmakers, said.

She also pointed out that the energy and space sectors were other areas in which France and Russia could work together.

"We have lot of strategic areas that we can go to work on. Of course, energy is a big one, space is another one, food is another one. Because of sanctions it has been difficult to have relationship on food business economy but this is a field where we can work together very closely," Primas stated.

Primas believes that French President Emmanuel Macron’s proposal to build a strategic partnership between France and Russia is a positive step forward.

"I think we have to reinforce our relationship on the economic point of view. Of course, there is the topic of sanctions that we have to figure out. I think that this week in Russia … is very important [for us] because it can give us a different way of thinking about the relationship and thinking about the position that we have on the European Commission, just to figure out if it is a good thing or a bad thing to have sanctions against Russia," Primas said.

She also stressed that French President Emmanuel Macron could raise the issue at the trade talks between world leaders, which he proposed to organize in Paris on November 11.

© AFP 2020 / CHARLES PLATIAU / POOL
Macron Not Likely to Seek Partnership with Russia, Turkey - French Party
The statement of the French senator comes following Monday media reports when Macron said it was necessary for France to build a strategic partnership with Russia as well as Turkey since both nations were important for collective security and therefore needed to be tied to Europe.

Previously, the French official expressed his desire to work on joint initiatives with Russia during his first state visit to the country in May, where a series of agreements on nuclear energy, Arctic development and finance were announced.

Despite the deterioration of relations between Russia and France over the Ukrainian crisis, the leaders of both countries maintain cooperation. For example, Macron had talks with Russian President Vladimir Putin at the 2018 St. Petersburg International Economic Forum and noted that he would like a strategic dialogue between the two countries to gain new dynamics on many economic, social and defense issues.