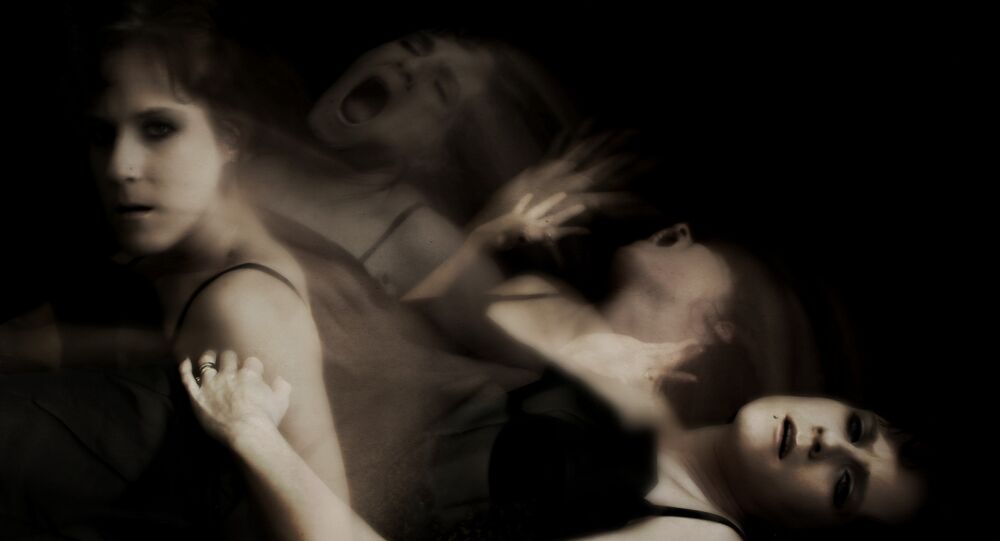 Paranoid Schizophrenic Set Fire to Herself After Years of Suicidal Thoughts

The London Fire Brigade said there was little that could have been done to prevent her death, bar banning the sale of petrol in cans.

Lynsey Russell, 47, died of burns and inhaling toxic fumes after bursting into flames yards from a school in the affluent suburb of Richmond, south west London, on March 12 this year.

Sixth form students at Christ's School are believed to have witnessed the tragedy from the upstairs windows of classrooms.

An inquest at West London Coroner's Court heard Lynsey was so badly burned her father, Chris Russell, was asked to identify her from CCTV footage at a nearby Shell petrol station, where she had bought the fuel in a can only moments earlier.

Bus Driver Tried To Save Her Life

Darren Woodhams, the lead fire investigator from London Fire Brigade, told the inquest a bus driver had spotted Miss Russell on fire by the side of the road and had doused the flames but it was too late to save her life.

"Miss Russelll was seen on CCTV at a petrol station at 1pm buying a petrol can and filling it with petrol…Ten minutes later CCTV at a local school showed off screen a flash of flames and a few minutes later the bus driver saw a person in flames. He extinguished her. Fire crews and paramedics arrived but her injuries were too severe and life was pronounced extinct at 1.41pm," Mr. Woodhams told the inquest.

"Is there anything anybody could have done?" asked the Assistant Coroner, Catherine Wood.

"No. I know there were questions brought up about the sale of petrol can but I don't think anything could have been done," replied Mr. Woodhams.

"Are there not restrictions on the sale of petrol canisters?" asked Ms. Wood.

"There are age restrictions…but as long as you're old enough you can walk in and buy and fill a petrol container. There are legitimate reasons doing so," Mr. Woodhams said.

The inquest heard Miss Russell had been diagnosed with paranoid schizophrenia many years ago and had suffered from suicidal thoughts for almost 20 years.

A statement was read to the inquest by a mental health nurse who had seen her regularly.

"Miss Russell had taken several overdoses and had poured paraffin over her head in 2004. In August 2017 she was found unresponsive after taking a significant overdose but was taken to hospital….In December 2017 she reported acute suicidal thoughts and planned to buy petrol from a petrol station to kill herself," Ernestina Mabunyunyu said.

Ms. Mabunyunyu said Miss Russell suffered from severe psychotic episodes which included thinking she had two sets of parents and believing her pet dog had been replaced by an identical animal.

The nurse went on annual leave on March 8 and was due to see Miss Russell again on March 15.

She said carers visited Miss Russell three times a day but on March 12 the deceased left home before a carer, who was running late, arrived.

Dr. Olaf Biedrzycki, the forensic pathologist who carried out the post mortem examination, said Miss Russell's body showed no sign of natural disease and there were signs of any injury aside from the burns.

"The fact that soot was found below the vocal cords suggested the deceased was alive when she was set on fire," said Dr. Biedrzycki in his report, which was read to the inquest.

Dr. Mary Howlett, a consultant psychiatrist who had Miss Russell under her care since 2001, said she was a very difficult patient to treat as she did not respond to antipsychotic medications and had refused to take them because of the side effects.

Heard Voices Telling Her to Kill Herself

Dr. Howlett said Miss Russell's symptoms "fluctuated" and there had been times when she had been sectioned under the Mental Health Act due to severe auditory hallucinations in which she heard voices telling her to kill herself.

"Would she not have been better off in a hospital environment?" asked the coroner.

"It was explored a number of times. It was discussed in February 2018 but she did not want to be in hospital and her parents supported her in that and it was decided to work with her at home," replied Dr. Howlett.

Ms. Wood, recording a narrative verdict, said in the absence of a suicide note she was unable to say definitely Miss Russell took her own life.

"She died as a result of her own actions, the intention being unknown," said Ms. Wood.

She praised the bus driver who had doused the flames and said she hoped Miss Russell's parents would somehow be able to "move on" from the tragedy.

Miss Russell's parents are understood to have been too distraught to be able to attend the inquest.