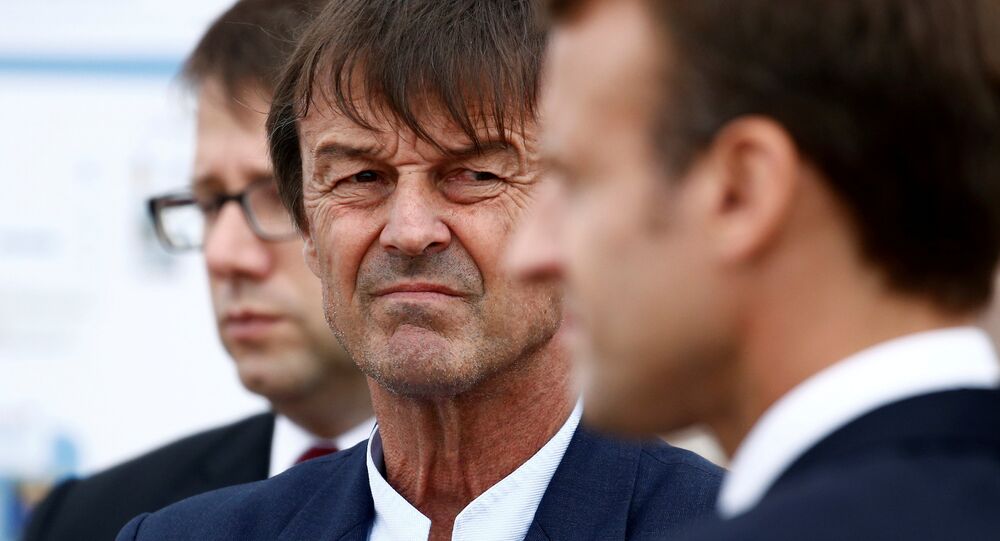 Announcing his resignation in a live radio interview earlier on Tuesday, French Environment Minister Nicolas Hulot pointed out that President Emmanuel Macron was not aware of his decision to quit.

© REUTERS / Francois Mori/Pool
Over 60% of French Satisfied With President Macron's New Government
He described the move as "a decision of honesty and responsibility" and as "the most difficult decision of my life."