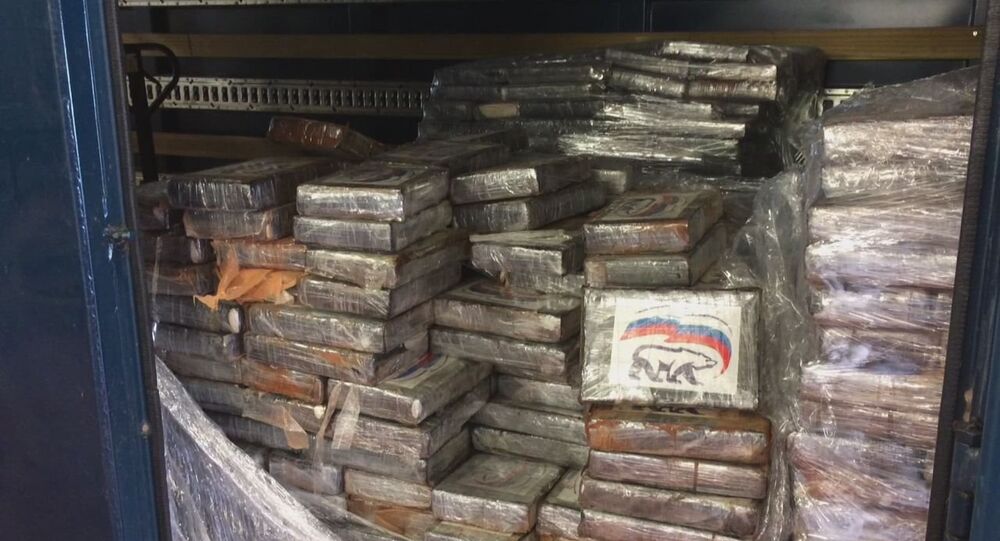 Bricks with cocaine bearing the recognizable logo of Russia's ruling party have reportedly been transported to Belgium from Latin America. According to local police, this is the way the drug cartels mark their products and identify shipments.

Belgian police intercepted an eye-watering two metric tons of cocaine worth some 100 million euros this week, which was shipped to the Belgian port of Ghent from Brazil, Het Laatste Niews daily reports. The haul was packed in bricks labeled with logos of the ruling United Russia political party: a bear under the Russian tricolor flag.

A shipment of two tonnes of cocaine was discovered in Belgium, marked by the logo of Putin's "United Russia" party. pic.twitter.com/VfpHiZiZsG

This was the largest single drug seizure in the Port of Ghent ever, an East Flanders police official said. According to him, drug manufacturers tend to use such packages to distinguish their "brands" or mark a specific drug.

"Now, this is fame!" United Russia MP Yevgeny Revenko wrote in a playful Facebook post. "Latin American drug lords have heard about United Russia and have even decided to use part of our logo to conceal another batch of cocaine, this time [transported] from Brazil to Belgium." The crooks "might have simply liked the tricolor with our bear," Revenko suggested jokingly.

I Have Sinned: US Nun Caught Smuggling Two Pounds of Cocaine in Heels